More than 200 arrests have been made in an operation involving police nine forces to tackle drug supply and linked violence on our roads.

Overall 1,065 officers were involved in the effort which focused on arterial routes and motorways in and around London such as the M25, M11, M4 and the M20.

The operation resulted in:

- 62 illegal items, such as drugs, seized

A range of officers from the Met were involved, including the Violent Crime Taskforce, Operation Venice, Tactical Firearms Officers, Dog Support Unit, Roads and Transport Policing Command, as well as Specialist Crime officers.

Chief Inspector Jack May Robinson from the Violent Crime Taskforce said: “This three-day operation involved neighbouring forces we continuously work with as part of our day to day policing. We’ve built on those relationships to work together and drive down on those using the road network to facilitate their criminal activity.

“Some of the individuals arrested are extremely dangerous, lead criminal life styles and exploit vulnerable people to run drugs and commit crime. Due to the need to safeguard those who have been exploited, we resourced a dedicated phone-line of trained officers to give specialist advice to officers to ensure the best care and response possible.

“Operation Pandilla is part of our effort to target the drivers of violent crime. Drugs are inextricably linked to a high proportion of the violence; therefore we will continue to target those who exploit children to peddle drugs and target the most vulnerable within our communities. We simply can’t do this alone and must work with our partners.

“Our message to criminals using the road network to transport drugs and illegal assets is clear. We are tirelessly working 24/7 to disrupt you. If you are stopped with anything illegal we will arrest you and put you before the courts. We are working stronger together and sharing intelligence across borders to make it as hard as possible for you to run county lines.”

T/Inspector Myles Hilbery, of the City of London Police’s Roads Policing Unit, said: “The City of London Police takes a zero tolerance approach to those involved in county lines gangs, which facilitate wider, organised and violent crime. These organised criminal networks exploit children and vulnerable people to help facilitate their crime, and we’re committed to working with our partners to identify people at risk of exploitation and provide them with the support they need.”

“While the country remains in the midst of a pandemic, we’re aware that these types of gangs are still trying to operate, so equally we won’t let up in our efforts to tackle them and the evil they perpetuate.”

Communities also have a vital role to play in tackling violent crime and we urge anyone who may have information to tell us, so that we can tackle violence together. We need information about crime or those who carry a weapon, or those that exploit people for gain or revenge, while putting young people’s lives at risk. Community intelligence can be used to great effect to not only detect, but also prevent crime, keep London safe and save young lives.

= ANPR is a camera linked to a computer. When a vehicle passes the camera it captures the registration plate.

It is used in day to day policing to stop vehicles of interest, for example driving with no insurance or owned by a person wanted by police. It is also used to gather information and intelligence and can help with investigations into travelling criminals and organised crime.

Officers were proactively patrolling on arterial routes with ANPR computers built in their cars, allowing them to scan several vehicles at once. 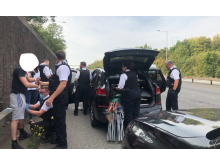 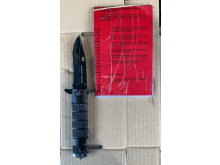 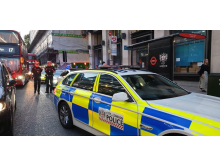 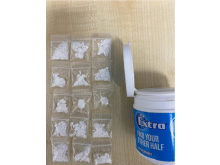 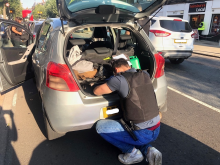