Police are appealing for information about the murder of a father in West Norwood on the third anniversary of his death.

He had been at home preparing a family meal and left his address to drive a short distance to a corner shop on the junction of Dunbar Street and Norwood High Street.

After leaving the corner shop with his shopping, he was stabbed in an alleyway in Dunelm Grove.

At 17:39hrs, emergency services were called to the alleyway where Jude lay critically injured.

Despite emergency treatment by a doctor from London's Air Ambulance, Jude was pronounced dead at the scene at 18:42hrs.

A post-mortem examination the following day gave cause of death as incised wounds.

Three men were prosecuted with Jude’s murder but were all later to be found not guilty following a trial at the Old Bailey.

Detective Chief Inspector Tim Wright, who continues to lead the investigation for the Met’s Specialist Crime Command, said: "It is now three years since Jude was brutally stabbed to death and our commitment to securing justice for him and his family, is as strong as ever.

“Jude was a family man and those who loved him have been left bereft. Nobody has been convicted of his murder and every day they have had to live without justice for their father, son and brother.

“A number of witnesses came forward with information over the course of the last few years and we remain very grateful for this. However, I am convinced there are some people who have not yet come forward who could, even three years on, make a significant contribution to the investigation.

“This remains a live investigation and please do not think that anything you have to share with us is redundant – we are ready to take your call.

“We also understand there are reasons which may have stopped you from calling police. If you still do not want to talk to us directly, you can call Crimestoppers which is 100 per cent anonymous.

“If you have information about who did this, please know that we really want to hear from you.

“Jude’s family have previously spoken eloquently of the pain of their loss and their desire to get justice for Jude. If you have been holding back, for whatever reason, I urge you now to examine your conscience, come forward and do the right thing.”

Anyone with information about Jude's death can contact the Incident Room on 0208 721 4961 or via the police non-emergency number 101.

To give information 100 per cent anonymously contact Crimestoppers on 0800 555 111 or visit crimestoppers-uk.org. 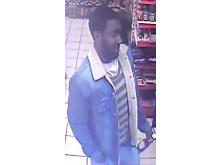 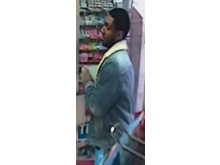 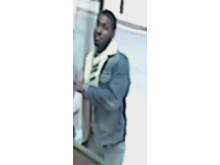