The sister of a man who went missing more than 30 years ago is appealing for the public’s help in finding him.

Ian Bushell, from Thamesmead, was last seen by his father Wilton on Wednesday, 20 January 1988 when he was aged 21.

When Wilton next visited Ian’s flat just weeks later on Tuesday, 16 February there was no answer at the door and he let himself in.

There was no trace of Ian despite the rest of his possessions, including his clothes, wallet and keys all being in the house

Ian’s father immediately reported his son as missing to police and enquiries were made to try and find him.

Despite numerous appeals for information, Ian – who would have been 54 today – has never been found.

His sister Rosalind said: “I was only 16 when my big brother went missing and I have thought of him every day for the last 32 years.

“I have no other siblings and would give anything to have my big brother back home or find out what happened to him.”

Police believe that Ian had been upset about something when he was last visited by his father but it is unknown what was troubling him.

Two unconfirmed sightings have been reported in north east London, the most recent being in 2007, but did not lead officers to finding him.

PC Greg Humphrey, from the South East Missing Person Unit, said: “Ian’s family have not seen him since the late 1980s but time has not lessened their pain and worry.

“His parents sadly died without finding out what had happened to their son and we are now trying our best to get answers for his sister.

“We know there were two unconfirmed sightings of Ian over ten years ago but since then the trail has gone cold.

“We are urging anyone who knows where he might be or believes they have seen him at any point over recent years to get in touch with us.

“Any piece of information, no matter how small, could be the missing piece of the jigsaw we need.”

Anyone with information is asked to call 101 quoting missing person reference 08MIS005765. 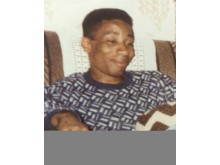 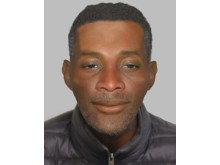