Detectives from the Met’s Specialist Crime Command are today making a fresh appeal for information on the anniversary of the disappearance and subsequent murder of Mohammed Shah Subhani.

It is now exactly one year on since the disappearance of Shah, which occurred on Tuesday, 7 May 2019 in the Derby Road area of Hounslow.

Detective Chief Inspector Vicky Tunstall, of the Met’s Specialist Crime (Homicide), said: “My team have spent the last year working tirelessly and diligently to understand the fate of Shah and to piece together the events of 7th May and the immediate days after. The team has left no stone unturned and will continue to do so in the quest to find justice for Shah and provide a small amount of peace to his family and loved ones. We will not stop until this is achieved; we are determined to identify and prosecute those responsible for his death.

“Following the discovery of Shah’s remains in a rural woodland near Beaconsfield on 19th December, the team have identified significant evidence and this investigation remains an absolute priority for the Met. Despite these significant findings and the progress this brings, I still believe there are people out there who either have knowledge of what happened to Shah on the 7th May, or the days just after. I also believe there are people who may have seen suspicious activity in and around the Hedgerley Village area of Buckinghamshire, around that time.

“I would like to appeal to the hearts of the people with knowledge, first of all, and ask this direct question; ‘Can you live with this knowledge for the rest of your life?’ When he went missing Shah’s partner was expecting a baby and has now given birth to a little girl, who is now eight months old. Shah will never see his baby; his daughter will never know her father. Shah was also a brother, a son and an uncle to a close and loving family. Please don’t disregard this lightly – you could provide the final missing piece in this most tragic and challenging of investigations. You could make the difference. We will deal with whatever you tell us sensitively and in strictest confidence, you have nothing to fear and, be assured, it is the right thing to do.

“To those who frequent or live in the Hedgerley Village area in Buckinghamshire, I ask you to cast your mind back to a year ago. This is a rural and peaceful part of England where, generally, those who live there or visit know the community, which is small and tight-knit. Did you see any vehicles or persons acting suspiciously in the area in the few days immediately after 7th May 2019? Did you visit the woodlands and see people hanging around, or did you see the car below parked and looking out of place?

“We are particularly interested in this vehicle, a black BMW X5 that was on cloned plates, YC67MFY. Did you see this car? Who was with it? We are very keen to understand who was using this vehicle particularly on 7th May and the following weeks.“

A substantial reward of £20,000 still remains on offer for information that leads to the arrest and conviction of those involved and this still remains unclaimed.

Even if you have information that you feel is small or possibly irrelevant, please get in touch and let us determine that.

Anyone with any information about Shah’s disappearance is asked to contact police on 101, or via Twitter @MetCC. Please quote Operation Rockton.

To give information anonymously contact the independent charity Crimestoppers on 0800 555 111.

Detectives have to date made nine arrests (eight people) in connection with their investigation.

Shah’s sister, Iqra Subhani, said: “A year on and the pain is still as fresh as it was when Shah first went missing. For 7 months we held on to hope and prayers that our beloved brother would return. But one day, we were told his body was discovered in an isolated woodland in Buckinghamshire and that day it was all over, our dreams were shattered, our hearts were broken, our brother had been snatched from us in the most brutal way.

“We are still hopeful that we will get justice for him and put those monsters behind bars so they can never do anything so horrific to another being again, but we need your help, you may be a friend, a relative, a partner of someone who has brutally taken the life of another, it's only humanly right to step up and help get justice for a mother and father who lost their 27-year-old son who had his whole life ahead of him, 6 loving siblings, a lifelong partner and a beautiful daughter who never got the opportunity to meet her father or experience his love, how unfair is that, you can help us, something so small may be something so significant. It only takes one phone call.” 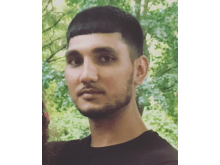 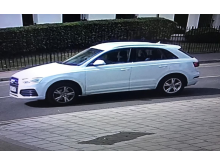 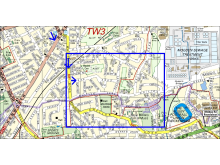 Last route of Audi A3 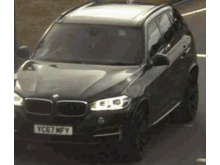 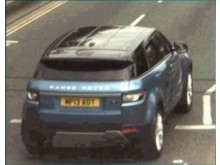 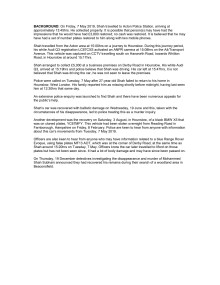