The Met has confirmed that it has concluded the investigation into the double homicide of Noel Brown and his daughter Marie Brown whose bodies were found at a flat in Deptford on 4 December 2017.

Marie was murdered after going to Noel’s flat to check on her father as he had not been seen for a few days. Both were strangled and their deaths were ruled as unlawful killings at an inquest on Tuesday, 12 November at Southwark Coroner’s Court.

DCI Simon Harding, from Specialist Crime, confirmed that his team would have sought double murder charges against 37-year-old Nathaniel Henry (26.07.80) if he had not been found dead on 31 December, 2017. Officers are not looking for anyone else in connection with the investigation.

DCI Harding, said: "Now that all the inquest proceedings have concluded, we felt it was important for us to go into as much detail as we could in a public forum about an investigation that was both painstaking and very challenging. We wanted to set out our rationale for identifying Henry as our significant suspect and demonstrate that we left no stone unturned in the lines of enquiry we pursued in a bid to bring justice for the family of Noel and Marie.

"In the course of this lengthy enquiry, we gathered extensive CCTV footage and forensic evidence that we would have wanted to be been tested in court. Although we will never know for sure, we believe the motive to have been revenge for one of the previous crimes that Noel Brown was convicted of.”

Nathaniel Henry was reported missing by his family to the Met on 12 December on 2017, and found deceased in a location within a residential block of flats in Southwark close to his home address. In May last year, 2018, the Met made his name public and deemed him a 'significant suspect’.

A meticulous trawl of CCTV footage over many months showed Henry en route to and from Noel Brown's flat over a period of days; DNA linked him to a spot of blood on a pillow, and DNA on two Tubigrips at the crime scene, that officers believe were used as ligatures to strangle both Noel and Marie.

This DNA profile was termed ‘Unknown 7’ – and subsequently found to match the DNA profile of an unidentified suspect from a burglary in Hounslow in 2011. This profile was linked by experts after repeated testing to DNA already on the database belonging to a close relative of Henry. National Crime Agency (NCA) expert Lee Rainbow led the work on familial DNA that enabled the team to identify ‘Unknown 7’ as Nathaniel Henry.

DCI Harding, said: "Whilst there can be no court proceedings in this case, we can say that we would have presented a file to the CPS to ask for double homicide charges - and we are not looking for anyone else. We have kept the Brown family appraised at every stage of our findings, and I would like to thank them for their assistance throughout."

NOEL BROWN - Sharon Brown, his daughter, said: "The family of Noel Brown would like him to be remembered as a valued man and caring father. This devastating loss has robbed us of his presence unfairly, made worse by the knowledge that no one is being brought to justice for this crime.

"Noel Brown was a jovial, kind person who was always known as a loyal friend. He did not deserve to die in this horrific way.

"Life has not been the same since we learned of his brutal murder. For the last two years, we have experienced acute shock, severe anxiety and depression, struggling to carry on with our lives when nothing will ever be the same again. It is harder to work, socialize or even feel safe in our homes. When a family member is lost in this way, life can’t go back to what it used to be. We will be haunted for the rest of our lives by this crime and the suffering Noel endured in his final hours."

MARIE BROWN - Cassandra (her half-sister) and Vanita (her daughter), said: "As a family we have really struggled to come to terms with the death of our lovely Marie. It has been nearly two years since she was taken from us and we are still in pain. All Marie ever did was care for everyone. Even in her final moments of life she was doing her best to care for people. She was extremely kind and gentle - the sort of person to give you the last of anything she had. We will never understand why she was robbed from us. Marie was everything and we miss her so much.

"As we said two years ago, to know Marie would be to know how much time she dedicated to her children and how she constantly wanted to help people. Especially her father who she loved and deeply cared for. He was a humble man who was creative and kept to himself. It is a terrible thing that the evil in this world cost us something as innocent as Marie. We thank everyone who came forward with information and we would also like to thank the Met police for carrying out the investigation.

"We are grateful for all the support that has been extended to our family during this terrible time. We would now like to privately mourn the loss of Marie and continue with our lives. There are many things that we have started that Marie would have been so proud of and we intend to finish them. Marie’s name will never be forgotten.” 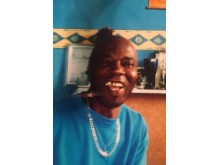 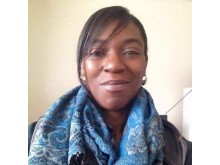 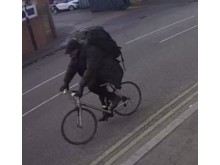 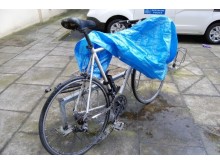 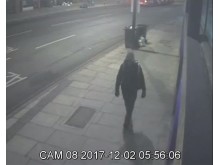 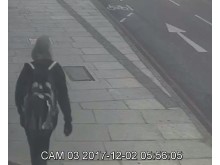 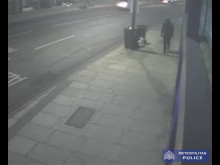 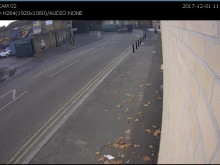 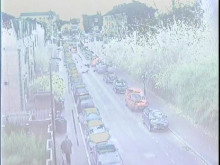 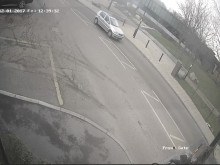 CCTV clip of him cycling away from estate