Detectives investigating the Salisbury and Amesbury nerve agent incidents are releasing moving footage of the two suspects as they continue to appeal for information from the public.

CCTV footage of the two suspects – known by their aliases Alexander Petrov and Ruslan Boshirov – shows them as they arrive and travel around Salisbury on Sunday 4 March.

Images of a specially made model of the counterfeit perfume bottle are also being issued as detectives from the Counter Terrorism Policing Network continue with their investigation.

Anyone with information can call police in confidence on 0800 789 321 or email salisbury2018@met.police.uk

Deputy Assistant Commissioner Dean Haydon, Senior National Coordinator for UK Counter Terrorism Policing said: “Since we, alongside the CPS, announced details of the two suspects in September, our investigation has continued at pace.

“We remain as determined as ever to identify and bring to justice all those responsible for the reckless acts that left four people critically ill and, tragically, saw Dawn Sturgess lose her life.

“We are progressing a number of active lines of enquiry but one of the key things we are still to identify is where the counterfeit perfume bottle was between the time we think it was discarded on the afternoon of 4 March, to when Charlie Rowley says he found it on 27 June. If you think you saw the pink box or bottle anywhere in the Salisbury area during that time, then please get in touch with us.”

The first CCTV clip shows the two suspects as they arrive at Salisbury train station on Sunday 4 March at around 11:48hrs.

The second clip shows the suspects at approximately 11:58hrs walking past a petrol station in Wilton Road, which is in the vicinity of the Skripals’ home address. This is just prior to when detectives believe the nerve agent was placed on the door handle.

The third clip shows the two men walking over a bridge on Fisherton Street at approximately 13:00 hours before they eventually return to Salisbury train station and travel back to Heathrow and catch a flight to Moscow later that night.

As Assistant Commissioner Neil Basu stated on 5 September, despite meticulous and painstaking searches, and although unlikely, it is impossible to guarantee that there are no other materials present in the Salisbury area. As such, we continue to repeat the advice from Public Health England; that people should not pick up items which do not belong to them. 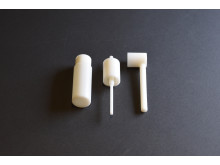 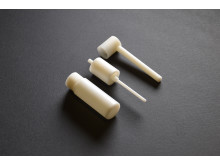 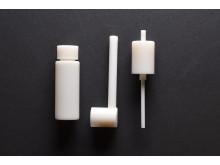 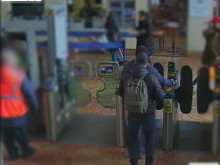 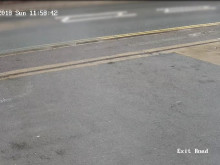 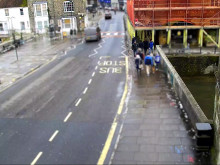