A couple who carried out a plan to murder the woman’s ex-husband have been jailed.

Giedrius Juskauskas, 42, was stabbed to death in a Newham alleyway in June 2019.

Appearing at the Kingston Crown Court on Friday, 7 February, his ex-wife Asta Juskauskiene, 35, (13.10.84) of 35 Iron Mill Lane, was sentenced to 24 years for murder, and two years for perverting the court of justice to run concurrently.

The fatal attack took place on 17 June 2019 in Whalebone Lane, E15 and emergency services were called after a witness found Giedrius lying on the floor bleeding from the neck, but still breathing.

Medics from London Ambulance Service and Met officers had arrived at the scene within six minutes of the 999 call being made, and they were joined a short time later by a team from London’s Air Ambulance. Despite their efforts, Giedrius died at the scene at 01:01hrs.

A post-mortem examination established that Giedrius had at least 35 separate stab wounds to his body, chest and neck. Some of his bones had been damaged which suggested that severe force had been used by Kvedaras.

Giedrius, a Lithuanian national who had been living in London for around a decade, was continuing a physical relationship with Juskauskiene with whom he had a child - despite their divorce in December 2018.

Kvedaras had come to the UK five days before the murder to stay with Juskauskiene, after they began a relationship over social media. This was as he served a prison sentence in Lithuania for the sexual assault of a teenager.

Police quickly determined that Giedrius’s murder was likely to be the result of a targeted attack. It transpired that Juskauskiene had been in contact with both her ex-husband and Kvedaras in the hours leading to the murder and was key to orchestrating the fatal meeting.

In the days afterwards, Juskauskiene arranged the removal of personal documents of Kvedaras’s from her home, where he continued to stay before his arrest.

Juskauskiene, a care worker whose work had been praised by her employer, consistently lied to police during interview and deleted potentially incriminating text messages from her phone.

The couple were both arrested on 19 June and charged with murder the following day.

Juskauskiene, was found guilty of murder and perverting the course of justice on 9 January at Kingston Crown Court.

The pair were sentenced for a combined 46.5 years.

In a statement read out to the court, Giedrius’s family spoke of the devastation that they have suffered following his death.

His sister said: “The loss of my brother, my parent’s son, my children’s uncle and his children’s father has created a colossal and irreparable hole in all our lives.”

Detective Chief Inspector Laurence Smith, said: “This was a calculated, merciless attack and I cannot begin to imagine how frightened Giedrius must have been in his last moments.

“While I know that we can never take away Giedrius’s family’s pain at losing him, I hope that they find some small comfort in the fact that the justice they so deserve has come to pass and this pair are paying the price for their wicked actions.

“I also want to echo the words of the judge and commend the dedication of the officers to bring Giedrius’s killers to justice.” 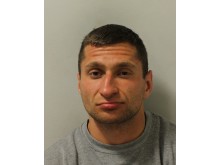 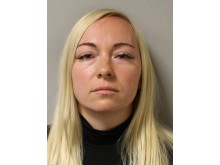 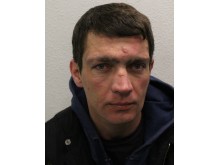 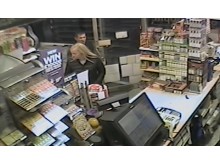 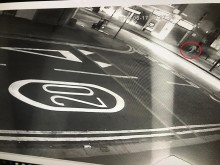 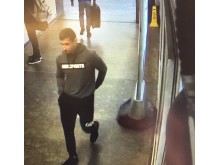 Image 5 Just after sunrise on 17 June 2019, Kvedaras is sighted at Newbury Park underground station - he had made efforts to conceal his ... 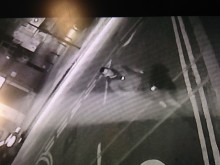 Image 4 Having murdered Juskauskas in the alleyway of Whalebone Lane, Kvedaras leaves on foot along Pitchford Street 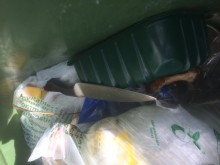 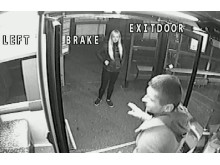 Image 2 After they have been the newsgents to buy the SIM, they say farewell as Kvedaras boards a bus from Crayford High Street to take h...