Detectives investigating the murder of Jemal Ebrahim in Haringey have made a sixth arrest.

The development comes as Jemal’s sister paid tribute to her brother, whom she called ‘Jay’, in a statement.

[F] aged 19 was arrested on suspicion of murder overnight and remains in custody at an east London police station.

[E] aged 24, who was arrested on 20 May on suspicion of murder, remains in police custody at this time after a warrant for his further detention was granted.

Jemal’s younger sister Nema Ebrahim said in a statement: “Jay, my older brother, was one of a kind.

“A pure hearted spiritual soul, who was friendly to anyone he meets.

“Recently completed his first of his studies at the Zhengzhou University School of Business & completed a one year course learning Chinese before enrolling.

“Not a lot knew that he could fluently speak the language but as a family we did and he would always make us laugh when doing so.

“Jay had big dreams and ambitions to build a whole life outside the city and was not involved in any drama, he just wanted a peaceful loving life.

“He was an innocent soul forever laughing and making sure that the ones around him were doing well.

“We’re heartbroken as a family and we will have closure once justice is served.”

Detectives investigating Jemal’s murder recently made a fresh appeal for information on a car they believe may have been involved.

The new images show a silver Nissan Qashqai on a road in the Haringey area that officers think could have been used during the fatal stabbing of the 23-year-old, which took place in Haringey on the evening of Wednesday 13 May. Officers believe the car may well be a stolen vehicle using different cloned plates.

Detectives believe Jemal was chased by a group of at least three men armed with large knives before being attacked in an alleyway that runs between Braemer Road and Southey Road, N15 – before the attackers jumped into a Silver Nissan Qashqai and sped off toward Green Lanes.

Detective Chief Inspector Simon Stancombe leading the investigation said: “I would urge the public to look carefully at the photos we have just released of this silver Nissan car and think whether they have seen this car in the past week since Jemal was killed. Have you seen it in a residents' parking bay without a permit, or left in a car park? Perhaps you have seen a car like this in suspicious circumstances, for instance driving erratically or dangerously?

"While our investigation is continuing at speed and we have arrested a sixth man, on suspicion of murder, we still need to build of a picture of all the circumstances involved. Please do not discount any information you might have as unimportant - it could prove to be the vital link we are looking for.

“Jemal has been taken from his family in the most violent way, leaving his loved ones devastated. Coming forward can help protect all our communities."

“North Area BCU is committed to tackling violent crime in all its forms and we understand that incidents such as these are not only a tragedy for the families affected by such violence, but also send shockwaves through the local community. I would like to emphasise to our communities in Haringey that we are working tirelessly to reduce violent crime across the borough and keep people safe - it is our number one priority. Local residents may see an increase in police patrols locally at the moment, and I would encourage people to speak to our officers or anonymously to Crimestoppers, about any information they may have."

Police were initially called at 20:13hrs on Wednesday, 13 May, to reports of an injured man at Russell Road, N15. Officers attended, along with London Ambulance Service [LAS].

Jemal was found and treated at the scene by LAS medics. He was then taken to a north London hospital where he later died from his injuries.

A post-mortem examination was conducted at Haringey Mortuary on Monday 18 May. The cause of death was given as a stab wound to the leg.

His next of kin continue to be supported by specially trained officers.

Any young people who have information about violence or knife crime can visit www.fearless.org where they can pass on information anonymously – your I.P address will not be traced. Fearless is part of the Crimestoppers charity, and is also independent of the police. 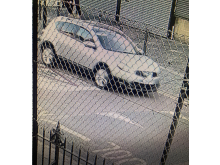 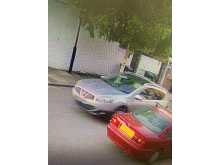