A man and woman were convicted on Friday, 11 September for holding and transporting a gun and ammunition following a trial at Croydon Crown Court.

Dean was found guilty of conspiracy to transfer a firearm, and possession of a firearm and ammunition with intent to endanger life.

They will be sentenced at Croydon Crown Court on Thursday, 29 October.

Both defendants were arrested following a proactive operation tackling gun crime in London.

Shortly before 21:00hrs on 14 August, 2019, specialist firearms officers, and officers from the Met’s Specialist Crime Command stopped a black Volkswagen Polo on Peterborough Road in Carshalton.

The vehicle was being driven by Dean, who was removed from the car in order for the officers to conduct a search.

At the time that she was stopped, Dean was on the phone to someone listed in her contacts as Bradley.

She was asked if there was anything in the car she should tell the officers about before they carried out the search, to which she replied that there was a gun in a Louis Vuitton (LV) bag.

The brown LV bag was on the front passenger seat and within that was a smaller black bag that held a pistol and a magazine containing multiple rounds of ammunition.

The firearm and ammunition were later subjected to forensic analysis by a firearms expert and found to be a Glock model 19 9mm Parabellum calibre self-loading pistol with a cartridge magazine, loaded with a quantity of cartridges.

Dean was arrested for possession of a firearm with intent to endanger life. She made no comment when she was cautioned, and was taken to a south London police station.

During the interview, she gave a prepared statement claiming that she was under duress to transport the gun by a man who she was completely intimidated by and truly in fear of.

She was charged with the offence she was arrested for.

Once Dean was charged and remanded, Specialist Crime officers were investigating who she was meeting to possibly deliver the firearm to and sent the firearm off for forensic testing.

Her phone was subject of interrogation and within the images she had saved were images of a driving licence attributed to Bradley Clancy.

Enquiries showed that Clancy was in contact with Dean on this the night of her arrest (14 August).

Further analysis revealed that Dean and Clancy had text or called each other five times between 17:15hrs and 20:49hrs; including when she was on the phone to him at the time of her arrest. It also revealed that Clancy’s phone was located a short distance from where officers arrested Dean, potentially within viewing distance of the stop.

Officers located and arrested Clancy on 17 October 2019 in connection with their investigation. They took a swab of DNA from him before he was released under investigation.

This swab of DNA evidence was compared with DNA found on the muzzle of the Glock gun. The two matched, proving Clancy had been in previous contact with the gun that Dean was transporting.

Clancy was again arrested and charged with conspiring to possess a firearm with intent to endanger life / enable another to do so.

Detective Constable Andy Snazell, from the Met’s Specialist Crime South team, who led the investigation, said: “The stop on this vehicle led to the safe removal of a dangerous firearm from the streets of London and the subsequent investigation has resulted in these convictions.

“The expert forensic work from Met colleagues was the final piece of evidence we needed to link Clancy to this crime and help secure the conviction for him and Bekki Dean. Our forensics officers often work quietly behind the scenes, helping officers link criminals to their actions and providing the evidence we need to imprison them. Without their help in this case, Clancy may well have never even been arrested.

“No one in London needs to have such a gun in their car or possession. We are committed to arresting anyone in possession of one and making sure they are jailed for their selfish crimes.”

+ Tackling violence remains the Met’s top priority. Taking firearms off the streets, stopping the supply and transporting of guns, and identifying criminals who have access to dangerous weapons forms a key part of that commitment.

Every year, hundreds of live firearms and thousands of rounds of ammunition are seized. Each seizure makes London safer, and is a life potentially saved.

Officers across the Met – from frontline officers in boroughs to armed officers, the Violent Crime Taskforce and specialist crime investigators, as well as national and international partners – form part of our robust response to firearm-related crime.

Communities have a vital role to play in tackling violent crime and we urge anyone who may have information to contact police – on 101, or 999 in an emergency or if the call relates to serious crime - so that we can tackle violence together.

If you would prefer not to deal with police, you can call independent charity Crimestoppers on 0800 555 111 where information can be given anonymously; they do not ask for names or trace your call.

If you are worried that a family member or friend might be involved in criminality or vulnerable to people who may be violent, visit Knife Free or the NSPCC website for help and advice. 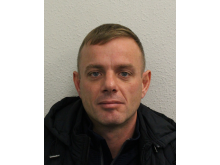 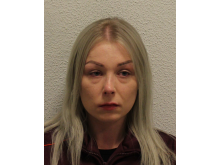 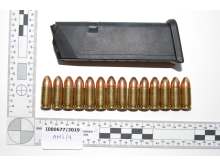