Police have issued an e-fit and CCTV images of a man they wish to locate in connection with a stalking offence and a series of indecent exposure offences in Wandsworth.

Officers were contacted on Friday, 9 August by a woman, aged in her 30s, who reported that she was being stalked by an unknown man.

She decided to contact officers following a number of concerning incidents over the previous three weeks at her home in Carlton Drive, SW15. The first incident involved items of underwear being taken off the clothes drier, which was outside in the garden.

About a week later, the victim noticed a footprint on her balcony following heavy rainfall. On Thursday, August 1, the victim’s neighbours scared away a man who was looking into her room.

Concerned by the incident, the victim decided to install a security camera to monitor the area. At about 22:00hrs on Friday, 9 August, the camera captured a man standing in the garden looking into the property. The victim then contacted the police.

On 1 September, the victim contacted the police after the camera captured a man in the garden. Officers attended and searched the area but the suspect was not located.

The man’s clothing was similar to the incident captured in August.

A man was captured on CCTV in the garden twice in October and once in November. On two occasions he was wearing a balaclava.

Officers from the South West area’s CID are investigating and believe the suspect could be linked to a series of indecent exposure incidents reported in the nearby Putney Hill area between April 2019 and February 2020.

The suspect is described as a white male, with dark hair, about 5ft 7ins to 5ft 11ins tall, of average to stocky build.

Anyone who knows the male or has any information is asked to call police on 101 quoting CAD 9786/09AUG or the independent charity Crimestoppers on 0800 555 111 or online on crimestoppers-uk.org. 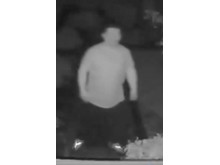 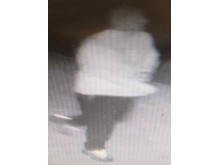