Four men have been convicted in connection with the murder of Kwasi Mensah-Ababio, who was shot dead in a case of mistaken identity in the summer of 2019.

All will be sentenced on a date to be confirmed.

Police were called at 19:05hrs on Sunday, 7 July 2019 by London Ambulance Service (LAS) to Monks Park, Wembley [close to Monks Park Gardens] to reports of a man found unresponsive in nearby parkland.

Officers and LAS attended and found Kwasi suffering from gunshot wounds to the head. He was pronounced dead at the scene.

A post-mortem examination took place at Northwick Park Mortuary on Wednesday, 10 July and gave the cause of death as a gunshot wound to the head.

The investigation found that Montaque was seeking vengeance at the time of the shooting for the murder of his close friend Craig Smalls, allegedly by a rival gang, just two days previously*.

The four defendants were seen on CCTV to enter the park where Kwasi was sitting on a bench drinking a soft drink. Mistakenly believing him to be someone they thought was responsible for the death of Craig Smalls*, they shot him, point blank, in the head.

Detective Chief Inspector Neil John said: “Kwasi’s death has left a family devastated. He was coldly executed by the four defendants who didn’t bother to establish who he was.

“This needless, senseless and completely pointless loss of life will cost the defendants the best years of their own futures – something for them to reflect on as they are taken back to prison.

“Although nothing can bring Kwasi back, I sincerely hope that his family feel that justice has been done.”

In a family impact statement to the court, Kwasi’s sister said: “Kwasi was a boss, he was hard working and always willing to help whether it be helping me with big brother things like killing spiders in my room or being the voice of reason in our household. He was wildly intelligent and he taught me so much about being humble and gracious always. He was naturally sweet natured and sympathetic but he was also protective of his family. He was 26 at the time of his death and he had so much success to look forward to. Kwasi was never involved in gangs or crime at all and not one person in this world could have predicted the amount of violence that would be carried out towards him on 7 July 2019.

“If something of this nature happened to any of the defendants, if we’re being honest most people would be sad but to say they would be shocked would be a lie, this is the life they choose to participate in and these are some of the consequences.

“We have sat in court and listened to them try to re-fix their stories to make it sound like they had nothing to do with what happened that day, but all of their actions played a part in the killing of my brother regardless of who pulled the trigger.

“No amount of time is going to stop the pain that we had to endure throughout this period, no amount of time is going to rid the guilt that we all feel individually for various things on that day even though it wasn’t our fault. My right hand is no longer here, my children will never have immediate cousins, my children will only know pictures of their uncle, my parents will never see their only son grow up to have a family and these are things that will never hurt any less.”

“We have to walk past the area that all of this happened frequently and it is so difficult, even though it’s been month’s it’s impossible to not think about what happened as we walk past and go about our daily lives. The whole area is a trigger for horrendous memories. It is always with us, every second of every day.”

*Two males were charged with the murder of Craig Smalls who was shot dead at Harrow Road, HA9 at 20:10hrs on Friday, 5 July – the case was discontinued. 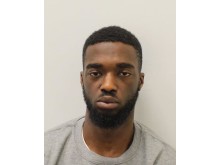 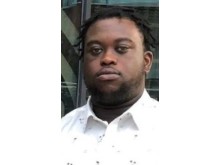 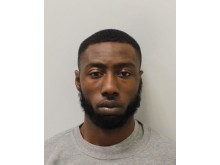 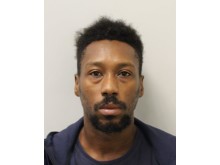 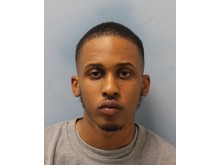