Four men involved in a brutal attack in which the victim was stabbed six times have been sentenced to a combined total of more than 26 years in jail.

The following defendants have been jailed after being found guilty of GBH with intent, following a trial at Woolwich Crown Court which concluded on 28 January:

The victim, then aged 22, was attacked by a number of suspects in Chapel Close, Willesden NW10, on the afternoon of 11 June 2019.

He was violently assaulted and beaten unconscious, and stabbed six times causing wounds to his head, back and arm.

He was taken to a central London hospital for treatment and was discharged a shot time later. Fortunately, he has been left with no lasting physical injuries.

The investigation into the stabbing was led by the North West Major Crime Unit.

The four defendants were identified from CCTV and other enquiries, and arrested in the weeks after the incident.

Weapons, drugs, cash and clothing were seized and analysed during the investigation.

Officers were made aware of footage of the incident circulating on social media, which showed around 12 suspects carry out the attack and repeatedly kick and punch the victim, before taunting him as he lay seriously injured on the floor.

Detective Sergeant Steven Colclough, who led the investigation, said: "This was a vicious attack carried out on a residential street in broad daylight, and it was extremely fortunate the victim survived his injuries.

"He was set upon by a large group of males, and his attackers showed how callous they were in filming the incident and posting it on social media.

"Fast-time enquiries led officers to a large number of suspects who were arrested as part of the investigation, and the evidence collated by police resulted in these four men being brought to justice."

In total, 13 people were arrested and charged in relation to this incident.

Brown, Joseph, Barnett and Mason were sentenced on Monday, 16 March. They were found not guilty of attempted murder.

+ Five other suspects tried in connection with this incident were found not guilty of attempted murder.

Four further suspects were charged with attempted murder in relation to this incident, and were due to go on trial in February 2020. The charges were later withdrawn. 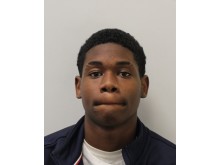 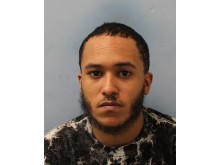 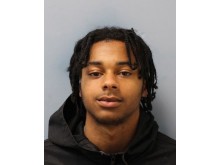 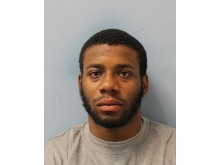 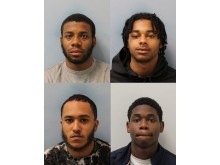