Four members of a south London organised criminal gang who were involved in money laundering and the supply of Class A and production and supply of Class B drugs have been sentenced.

Gerald Shaw, 29 (18.12.89), of Elborough Road, South Norwood, pleaded guilty to two counts of possession with intent to supply Class A drugs, and being concerned in the supply of cannabis, to which he was sentenced to four years and five months, 34 months, and 26 months, to be served concurrently.

Nathan McEachron, 32 (20.09.87), of Saxonbury Close, Mitcham, pleaded guilty to conspiracy to supply cannabis and being concerned in the supply of cannabis, to which he was sentenced to three years, and 18 months, to be served concurrently.

Aaron Bennett, 30 (12.07.89), of Avro Road, Wallington, pleaded guilty to conspiracy to supply cannabis and money laundering, to which he was sentenced to two years, and 10 months, to be served concurrently.

Myles Shaw, 26 (20.04.93), of Elborough Road, South Norwood, pleaded guilty to possession with intent to supply cannabis, to which he was sentenced to two years, suspended for 18 months. He was also given an electronic monitoring curfew daily and a 15-day rehabilitation order.

Gerald Shaw, McEachron and Myles Shaw were all sentenced on Thursday, 24 October, while Bennett was sentenced on Wednesday, 23 October.

Detective Sergeant Damian Hill, from Specialist Crime, said: “I am very pleased with this result. The gang have benefited considerably from their criminality and like many others in their position, assumed impunity.

“I hope this sends a message to other drug dealers, that you never know when police are waiting to bring an end to your enterprise. Drug dealing and the associated criminality brings misery to the lives of many Londoners.”

Police carried out warrants at numerous addresses across south London between May 2018 and March 2019 as part of a proactive, intelligence-led operation. A cannabis factory was located at one address and large quantities of cannabis and cash were recovered.

In May 2018, police executed a drugs warrant at Gerald and Myles Shaw’s address on Elborough Road in South Norwood. The pair, who are brothers, were present. Officers discovered a cannabis factory with a number of plants estimated to be worth around £10,000 in street value. Officers also found a large quantity of Class A drugs, over £2,000 in and cash as well as mobile phones and weighing scales. The brothers were both arrested.

The operation continued. In June 2018, Bennett was arrested after police observed him attending a garage on Kemble Road in Croydon. A number of wraps of herbal cannabis were discovered on him, as well as a carrier bag containing a larger quantity of herbal cannabis. A further warrant was executed at an address in Salem Place linked to Bennett, where officers found more than £20,000 hidden in an armchair, a laundry basket and pairs of socks. A search of Bennett’s home address in Avro Road recovered £1,200.

Another warrant in June 2018 executed at MacEachron’s address on Birchanger Road in South Norwood, recovering a large quantity of skunk cannabis, over £1,800 in cash, digital scales and drugs packaging.

McEachron was not present at the warrant, however following further enquiries he was arrested on 26 June 2018.

A further warrant in December 2018 at the address in Elborough Road recovered over £500 in cash and a quantity of skunk cannabis.

Detectives examined bank accounts and mobile phones linked to the four, who were charged in March 2019. All four submitted guilty pleas prior to a trial. 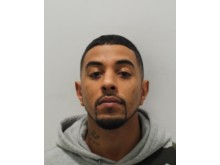 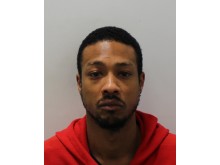 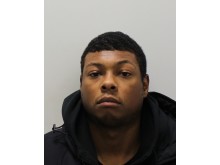 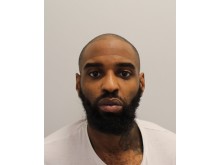