Two teenagers have been found guilty of murdering 17-year-old Jodie Chesney in a brutal and unprovoked attack in a Harold Hill park. An Old Bailey jury heard how Jodie lost her life when she was with a group of friends on what was a typical Friday night after college.

Members of Jodie’s family attended court throughout the trial and listened to the series of events that led to the student’s death.

They will be sentenced at the same court on Monday, 18 November.

On Friday, 1 March, Jodie had finished college for the afternoon and had gone home to Dagenham to walk her dog. She and her boyfriend then met up with four of their closest friends at Romford Railway Station, before heading to St. Neot’s Road Play Park, known locally as Amy’s Park, in Harold Hill.

As the group of friends sat on a bench table in the park, talking and listening to music, the court heard how Ong-a-Kwie, along with the 17-year-old, went into Amy’s Park having been driven to Harold Hill by Petrovic.

They approached the group, and for a reason known only to Ong-a-Kwie, then aged 18, he stabbed Jodie once in the back. No words were said or exchanged either before or after the attack, and the two ran from the park, leaving Jodie mortally wounded in the arms of her boyfriend. Her friends could only watch as this awful event unfolded, and within seconds they began heroic, yet futile efforts to save her life.

The whole series of events, between the defendants arriving at the park to the brutal act of violence against Jodie, took only seconds.

The first call to the emergency services was made at 21:22hrs, and two Met PCs arrived at the scene at around 21:35hrs. One of the officers began chest compressions and around a minute or so after, medics from London Ambulance Service arrived. In order to try and save Jodie’s life, a team of London Air Ambulance medics in a car were deployed to meet the ambulance at an Esso Garage in Gants Hill, Redbridge.

It was there, on the forecourt of a petrol station, that doctors opened Jodie’s chest in an attempt to get her heart beating again. They were tragically unable to save her, as the stab wound had caused her lung to collapse and bleed heavily. Jodie was pronounced dead at 22:26hrs.

At a post-mortem examination at East Ham Public Mortuary on Sunday, 3 March Home Office pathologist Dr Fegan-Earl attributed the cause of death to a combination of shock and haemorrhage.

Immediately after the stabbing, a witness saw Petrovic’s black Vauxhall Corsa driving away from Amy’s Park. When news of the murder broke the next day, the witness realised the significance of the sighting and reported it to police.

Further enquiries established that the Corsa had been abandoned in Elvet Avenue.

Petrovic admitted driving to the park but denied having any knowledge of what would happen once they got there.

Detective Chief Inspector Dave Whellams, who led the investigation into Jodie’s murder, said: “I would like to pay tribute to Jodie, who was clearly a wonderful and joyful young woman with so much to offer the world. The testimonies to her character and kindness have been a source of sadness as well as a celebration of a life that touched so many.

“This is among the saddest cases I have led and I can only hope that today’s verdict has provided a modest sense of justice for her family and friends.

“This is a case which has affected not only those in the local area, but throughout London and nationally. The death of any young person by knife violence is a terrible event, and we must all work together to stop this from ruining the lives of more young people.

“Jodie was not in the wrong place at the wrong time, she was simply living her life as a teenager should - carefree and with her friends.

“It is Ong-a-Kwie and his 17-year-old co-defendant who made the decision to take that from her and have devastated the lives of so many people who loved her.

“I’d also like to pay tribute to my team of fantastic officers. They have worked tirelessly around the clock, piecing together vital evidence to get justice for Jodie and her family.”

Jodie’s father, Peter Chesney, said in an impact statement: “The murder of my beloved daughter has destroyed my life and the full extent as to how this has affected my family and me cannot possibly be explained simply in words.

“I have no idea how I am going to continue with my life or even come to terms with the loss.”

Jodie’s sister, Lucy, said: “I am only 20 years old and already I am dreading my life rather than looking forward to it. Jodie was not only my sister she was my best friend. Losing her is like losing half of myself. We went through everything together and she was always there for me and always putting everyone before herself. She gave me a type of love I will never feel again.

“I am anxious about everything: leaving the house, staying in the house, meeting people. If someone as good and pure as Jodie could be murdered, it could happen to anyone and I spend everywhere I go looking over my shoulder because of it.

“Jodie will be greatly missed and the people who caused such tragedy to a whole family should hang their head in shame. You have ripped away a bright future that was destined to make a change to many lives.”

Two jailed for murder of Jodie Chesney in east London

Two teenagers have been jailed for the brutal and unprovoked murder of 17-year-old Jodie Chesney in Harold Hill. 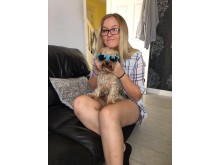 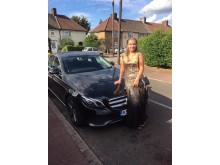 Jodie in Gold Dress at Prom 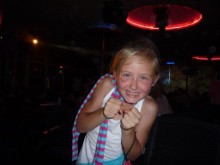 Jodie as a child with scarf 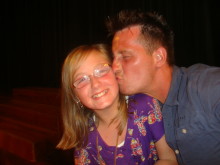 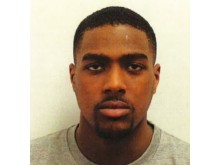 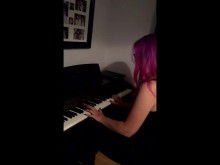 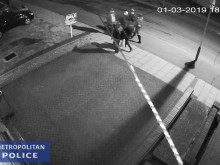