Detectives investigating the murder of Peter Petrou in Kilburn are appealing for a man who may have witnessed the incident to get in touch.


Detective Sergeant Sean Judge, investigating said: “We believe that the man shown in the image is a witness to the incident, and due to his close proximity to the victim at the time of the incident, he may be able to shed some light on the words being exchanged between the victim and the suspect that led to the murder.

Officers were called at 22:24hrs on Thursday, 16 July, to reports of a man stabbed in Kilburn High Road.

Police and the London Ambulance Service attended. Peter, who was aged 37 and lived in the West Kilburn area, was taken to a central London hospital but was pronounced dead at 22:57hrs.

His next of kin were informed and continue to be supported by specially trained officers.

DS Judge added: "This incident took place on a busy high-street next to a well-used fast food eatery. The attack was quick and violent.

“Although a 23-year-old man has been charged in connection with this incident, I remain very keen to hear from anyone who can provide additional information.”

Anyone with information is asked to call police via 101 or Tweet @MetCC quoting reference 8685/16JUL or email p236420@met.police.uk.

To remain anonymous contact the independent charity Crimestoppers on 0800 555 111 or visit crimestoppers_uk.org. They do not ask for your name and cannot trace your call or I.P address.

We need your help to tackle violent crime - any young people who have information about either violence or knife crime can visit https://www.fearless.org/en where they can pass on information anonymously – your I.P address will not be traced. Fearless is part of the Crimestoppers charity, and is also independent of the police. 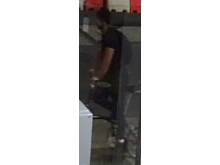