Detectives from the Met’s Flying Squad have released a CCTV image of a man they are keen to identify and speak to in connection with two attempted robberies at banks in east London.

The first incident occurred on Thursday, 16 January at approximately 16:00hrs at a bank on Lea Bridge Road, E10. A man entered the branch and passed a note to one of the tellers detailing threats should they not comply with his demands for cash.

A day later on Friday, 17 January, at approximately 16:00hrs a man entered a bank on Amhurst Road, E8. Once again, a man handed a note to a member of staff containing threats should they not comply with his demands for money.

In both cases, staff members at the banks activated an alarm and the man left empty handed. He was also believed to leave the scene of both offences on a red bicycle.

Detective Chief Inspector Ann-Marie Waller, from the Met’s Flying Squad, said: “It is important that we identify this man, so I would ask the public to take a good look at the image and get in touch with any information you have.

“This would have undoubtedly been a frightening experience for the staff concerned and I want to praise them for their quick thinking in a stressful situation. In both of these circumstances, bank staff followed their training and prevented this man making off with any cash.”

If you recognise yourself in the image, or have any information about this man you can contact the investigation team via p202578@met.police.uk or call 020 8345 4249. Please note this number is not monitored 24 hours a day but please leave a message and someone will give you a call back if appropriate.

If you want to remain anonymous, you can contact Crimestoppers on 0800 555 111. They are a totally independent charity and you will remain 100% anonymous - they never ask your name and they cannot trace your call, your IP address or the device you use. Alternatively, visit their website. 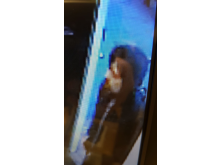 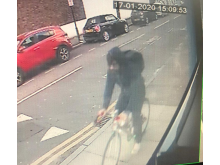 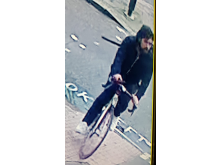