UPDATE: As of Monday, 6 July, 113 people have been charged by the Metropolitan Police Service (MPS) under Operation Eternal – the Met’s operational name for our involvement in Operation Venetic (the overarching NCA operation).

Operation Eternal was the most significant operation the Metropolitan Police Service (MPS) has ever launched against serious and organised crime.

The details of all those who have been charged are available via the PDF document below. 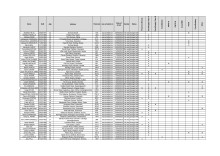