A man has been charged with murder following an assault in Crayford.

He was arrested earlier that day.

This follows an investigation by Homicide detectives from Specialist Crime.

Police were called by the London Ambulance Service at 16:18hrs on Friday, 19 June to The Parade in Crayford, to reports of a man having been assaulted.

Wayne was taken to hospital by London's Air Ambulance in a critical condition, and died on the afternoon of Saturday, 20 June. 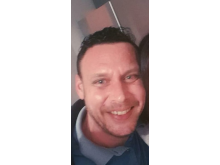