A man who murdered his wife and their two children in December 2006 before fleeing to Bangladesh immediately afterwards has finally been brought to justice.

Mohammed Abdul Shakur, 45, was found guilty at the Old Bailey on Thursday, 31 October, of the murder of his wife, 26-year-old Juli Begum, and their two daughters, five-year-old Anika Khanum and six-year-old Thanha Khanum, at the family home in East Ham.

He is due to be sentenced on Friday, 1 November.

The court heard that police were called to the family address in Nelson Street, E6, at around 12:35hrs on Wednesday, 1 January 2007 after a concerned family member had not seen or heard from Juli for around 10 days, and the children had not returned to school after the Christmas break.

Police attended and forced entry to the address. There they found the bodies of Juli, Anika and Thanha concealed under a duvet in a rear bedroom.

Post mortem examinations for the three were held at East Ham mortuary in January 2007.

Cause of death for Juli was initially inconclusive but later ruled to be consistent with asphyxiation.

Thanha’s cause of death was recorded as consistent with head trauma, while Anika was confirmed as having been killed by strangulation with a ligature.

Detectives had launched a murder investigation and Shakur was quickly identified as a suspect after it emerged that he had purchased a one way ticket to Bangladesh at the time of the murder.

The court would hear that Shakur and Juli had had an arranged married in Bangladesh in October 1999 and she had subsequently sponsored his immigration Visa so that they could return to the UK.

However incidents of domestic conflict began to emerge just a few months into the marriage.

Police were called to domestic incidents at the couple’s home, but the allegations were never substantiated and so no one was ever charged.

On 2 January 2007, Shakur visited the home of a colleague, who he worked with as a chef at a restaurant in Frimley, Surrey. He explained that he would not be attending work as he had to return home due to the death of his father.

Detectives established that Shakur had attended the Bangladeshi High Commission to obtain a passport that same day. The following day he went to a travel agent in Bethnal Green and ordered a one way ticket to Bangladesh.

He attended Heathrow Airport on 4 January for a flight to Dhaka via Calcutta, however it was delayed overnight and all passengers were put up in a hotel. It took off at 07:30hrs on 5 January. Shakur was shown as being on the flight manifest and mobile phone records would later confirm his arrival in Bangladesh.

Enquiries to trace and arrest Shakur were undertaken in Bangladesh and India after information suggested that he was in the Assam region of India, close to the border of Bangladesh. Contact was made with a Foreign and Commonwealth representative in New Delhi, who informed local police of the Met’s interest in Shakur.

Several years passed by without any trace of Shakur. However, in May 2013, the FCO representative called detectives to inform them that Shakur had been arrested for being in India illegally. It is thought that he had been crossing back and forth between the countries on a regular basis for work.

Formal extradition proceedings began and Shakur said he would not oppose extradition.

The process was not completed until April 2019, when Shakur was finally extradited back to the UK on Saturday, 6 April. He was taken to Heathrow police station, where he was charged with three counts of murder. He did not make any comment.

The family of Juli Begum said: "Abdul Shakur has destroyed our family. He took away a caring, loving mother and sister Juli and he has taken away the future of two young beautiful girls, Thanha and Anika. We struggle with thoughts of how their lives may have ended and what each of them must have witnessed in their final moments. We miss them every day and we cannot forgive this senseless loss of life.

“Shakur’s final act of cowardice was fleeing to Bangladesh. This meant justice took so long to be delivered, it was something our mother never got to see.”

Detective Sergeant Amjad Sharif, Specialist Crime investigator, said: “We will likely never be able to understand what could have driven Shakur to snap and end the lives of his wife and two daughters so violently and callously.

“In the years since, Juli, Anika and Thanma’s family have had to endure the most unimaginable torment. At times it must have seemed that there would never be justice; from Shakur immediately fleeing the UK, to the protracted process that followed over many years when he was finally apprehended.

“I am happy now to say that we have finally achieved justice for Juli and her daughters, and her family. I would like to thank them for their unwavering support throughout. Though many years have passed, I know their grieving continues, and I hope this development will allow them some small measure of comfort.

“I would also like to thank our international policing counterparts in Bangladesh and India, and especially the Foreign and Commonwealth representative who assisted us so well in circulating Shakur as a wanted man to local police, and indeed informing us when he was located. This is a prime example of the good that can come from international law enforcement working together to catch criminals.

“Now at last Shakur will serve a substantial custodial sentence for the horrific crimes he committed.”

+ We await a custody image of Shakur. 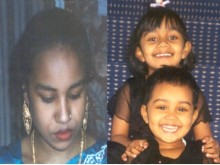 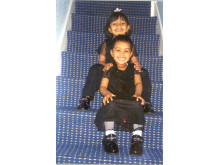 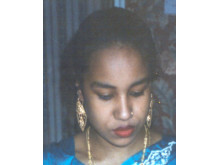 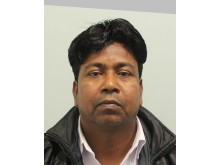