A man who shot a shop assistant and threatened others with a firearm has been convicted at court.

Ilyas Mohamed, 23 (25.06.96) of no fixed abode was convicted of possession of a firearm with intent to endanger life and causing grievous bodily harm (GBH) with intent on Monday, 28 October at Isleworth Crown Court.

He had pleaded guilty at an earlier hearing to possession of a prohibited firearm, GBH and two counts of affray.

He will be sentenced at the same court on Friday, 20 December.

Mohamed was arrested by officers following two incidents that took place in the early hours of 9 March 2018 in Ealing.

Officers were initially called by staff at a supermarket in Acton after Mohamed and another man had entered the store and acted in an aggressive manner.

The pair were challenged by staff and, after throwing cans of beer on the floor, Mohamed lifted his waistband to reveal a handgun – he said he intended to rob the shop before being escorted out of the venue by his friend.

Once outside, Mohamed pointed the gun at staff before both left in a taxi. Staff at the shop noted the registration number of the vehicle and called police.

A short time later, Mohamed and the other man entered a café in Drayton Green where again they were abusive to staff and threatened customers.

A worker ushered the pair of them out but Mohamed produced a gun and shot him once in the hip; both suspects fled and the victim was taken to hospital where police were informed.

Officers had arrived in the area and began chasing after the defendants, who were also being pursued by the victim and witnesses from the cafe.

Mohamed was arrested after attempting to evade officers by jumping through back gardens in Seaford Road. Following a search of the gardens, a Browning handgun was located along with a spent cartridge lodged in the gun.

Detective Constable Ismail Akkaya, from Trident, part of Specialist Crime, said: “Mohamed’s actions were reckless in the extreme and it is only by sheer luck that no one was more seriously injured as a result.

“He intimidated staff and customers at two venues that morning, showing an utter disregard for their wellbeing.

“I am pleased that a dangerous man has been convicted of firearms offences and a live weapon has been taken off the streets.

“I would like to thank the staff at the supermarket, whose quick thinking in noting the taxi’s details and phone call alerting the police helped officers find the pair quickly.

“Lastly I would like to thank the bravery of all who came forward to assist police and to those who gave witness, all of which enabled the conviction today.” 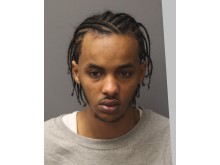 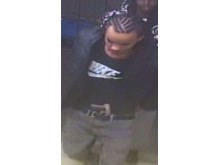 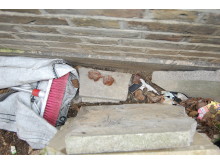 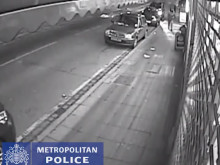