A man has been jailed for a minimum of 30 years for murder after he attacked another man he chanced upon whilst out looking for people to rob.

Adam Tarik, 25 (07.11.94), of Pacific House, Vale Road, Tottenham N4, had pleaded guilty to robbery and possession of a bladed article at the Old Bailey on 3 February.

He was found guilty of murder following an eight day trial on 12 February, and was sentenced at the same court on Thursday, 13 February, to life imprisonment, with a minimum term of 30 years.

The court heard that Tarik attacked 33-year-old Baris Kucuk, who was Kurdish and from Turkey, after he spotted him on Seven Sisters Road at around 02:30hrs on Saturday, 1 June 2019.

Baris, who lived in Finsbury Park and worked as a chef, had enjoyed a night out with his friends and was returning home when he stopped at an off licence near Manor House underground station to buy some beer.

There, he bumped into a young woman, an Italian national, and the pair walked together along Seven Sisters Road, using a translation app to communicate with each other.

They did not know they had been spotted by Tarik, who had been on his bicycle on the other side of the road. Tarik had been out looking for people to rob, and had only moments earlier approached a woman in an attempt to rob her, but she had fled.

Baris’s companion stated in court that she became aware of a man on a bike getting ever closer, and that his presence made her feel anxious and frightened.

Baris walked the woman to her home, and they embraced before she went inside. Only seconds later, she heard screaming, and looked out to see Baris on the floor, with the man who had been following them standing over him.

The man got back on his bike and rode off in the direction of Seven Sisters station, leaving Baris bleeding profusely on the pavement.

Police attended the scene with the London Ambulance Service and London’s Air Ambulance, and Baris was taken to an east London hospital.

He had suffered a horrific knife injury to his leg, where the blade had sliced through the knee joint from the back, cutting more than half-way through the thickness of the entire knee joint.

Doctors worked tirelessly to save Baris’s life, and a decision was made to operate and amputate his left leg from the knee down. Despite their best efforts, Baris’s condition deteriorated further, and he died at 16:00hrs on 3 June 2019.

A post-mortem examination held at Haringey Mortuary on 6 June found the cause of death to be multiple organ failure, hypovolemic shock (i.e. catastrophic blood loss), and an incised wound to the left lower leg.

Detectives from the Specialist Crime Command had begun an investigation and identified Tarik as a suspect.

At around 19:20hrs on 8 June he was stopped leaving his home address and was arrested on suspicion of murder and taken into custody. He was further arrested for a number of unrelated matters.

Tarik was identified as having been responsible through CCTV and forensic evidence and was charged with murder. He answered no comment during interviews.

As they investigated, detectives established that Baris’s phone, as well as one of the bottles of beer that he had purchased at the off licence, had been stolen from him as he lay dying.

Detective Chief Inspector Neil John, who led the investigation, said: “The murder of Baris Kucuk is among the most needless and upsetting cases I have investigated during my many years as a police officer.

“Here we have an incident involving two men on completely different paths in life; Baris, who worked hard, had a loving family and friends and was a completely innocent party – and at the other end Adam Tarik, who is a wicked individual, entirely prepared to rob and steal, using such violence as he deems necessary to get what he wants. In this instance, it was just a mobile phone and a bottle of beer.

“Tarik has shown no remorse during the entirety of these proceedings. He is a calculated and callous man, who from the very start was prepared to attempt to obstruct and frustrate police by claiming he was homeless, despite police quickly identifying his address not far from the scene of this murder.

“Baris's family’s grieving will continue for a long, long time. The way they have conducted themselves throughout this investigation and judicial proceedings, in the midst of their massive loss, is nothing short of astonishing. I would like to thank them, as well as the witnesses who have assisted us so well in getting justice for this family.

“Lastly, I would like to praise my detectives who have worked so tirelessly to secure this conviction, as well as the paramedics, doctors and nurses who so bravely tried to save Baris’s life.”

In a moving statement, Baris’s family said: “On 1 June 2019 our dearly beloved son Baris Kucuk was taken from us, forever, near his home where he grew up in north London. On that day we received a call which changed all of our lives forever. We were all plunged into an atmosphere of profound fear and anxiety. A blanket of darkness has taken over our everyday lives. It feels as if we too are now covered in the same soil that covers our Baris in his grave.

“His name is Baris; it means ‘peace’ in Turkish. He has always lived by and up to his name; he showed his love selflessly; he was hard-working and generous; he never hesitated when people were in need even if they were strangers; he was humble, kind and selfless. Baris was a loving son, a loving brother and uncle, a friend and a beautiful human.

“The impact of Baris’s death went beyond our family. The Kurdish community and our friends and family in the UK are horrified and devastated. Thousands of people streamed into the hospital and Kurdish Community Centre in Haringey, to pay their respects and comfort our family.

“Adam Tarik has been ice cold and callous showing no regard nor remorse for what this meant for us as a family, despite seeing that we were in obvious pain and desperate for answers. At the main trial, we watched CCTV footage over and over again, we saw him go out on the streets of London with clear intention to rob and attack wielding a large knife.

“We know if he was given a chance Baris would have not resisted, and he would have given whatever valuables he had, especially if someone with a knife was threatening him. The heartless criminal was clearly out to kill and rob, that was his only intention.

“We, Baris’s family do not want another family to go through the pain we have gone through. Enough is enough. It is now time to take decisive action to halt knife crime and make our streets safer for our children and for everyone.” 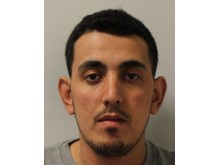