A man has been jailed following a collision in Orpington in which a bus driver was killed.

Dorjan Cera, 20 (15.09.99) of no fixed address was sentenced at the Old Bailey on Thursday, 27 August to seven years and eight months.

He was also disqualified from driving for 11 years and four months.

Cera had previously pleaded guilty on Friday, 26 June to:

Acting Detective Inspector Richard Budd, from the Roads and Transport Policing Command, said: “Cera’s driving that night was beyond reckless, it was clearly extremely dangerous and resulted in many people being injured, and sadly one man losing his life.

“Our investigation, supported by eye witness accounts, established that Cera had been driving at speed, entering a busy road on the wrong side of the road when he collided with the bus being driven by Mr Matcham; he had made no attempt to slow down or give-way.

“When Cera spoke with officers at the scene, he provided false details – perhaps to later avoid responsibility – but his true identity was quickly established. Today, he begins a prison sentence, having been left with no other option but to plead guilty.

“Our thoughts remain with everyone who has suffered as a result of his actions.”

Police were called to Sevenoaks Road in Orpington at 22:12hrs on 31 October 2019 following a report of a multi-vehicle incident.

Officers, the London Fire Brigade and the London Ambulance Service attended and found two buses and a Skoda Octavia in collision.

The driver of one of the buses, 60-year-old Kenneth Matcham from Gravesend in Kent, was pronounced dead at the scene.

Paramedics also treated 15 casualties at the scene. Three of the casualties were treated for serious injuries, and the remaining suffered minor injuries. 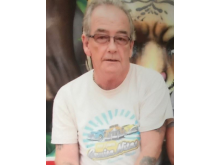 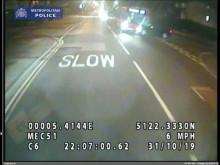 Footage of the collision