A man has pleaded guilty and been sentenced for the murder of a woman in Leyton.

Yi Xing Song, 54 (29.07.66) of Magnolia Close, E10 pleaded guilty to the murder of 35-year-old Li-Qing Wang at the Old Bailey on Tuesday, 1 September – he was sentenced to life imprisonment with a minimum term of 19 years.

Song had been charged on Wednesday, 26 February. He was remanded in custody and at a number of court hearings was referred for psychiatric assessment.

Having been found competent, he appeared at the Old Bailey on Tuesday, 1 September where he pleaded guilty to the murder.

Enquiries were launched after Li-Qing was found with multiple stab injuries at the address in Leyton on Tuesday, 25 February.

Officers and London Ambulance Service colleagues attended but despite their best efforts were unable to save her life and she was pronounced dead at the scene.

Song, who was also inside the property, was arrested on suspicion of murder and taken into police custody.

Enquiries established that Li-Qing and Song were in a relationship and residing at the same address.

Li-Qing was a widow and mother of two children aged 22 and 12 at the time of her death.

On the day of the murder, Song had posted an image of Li-Qing’s body on a family social media chat group which was seen by her sister in China, who immediately contacted friends in the UK asking them to check on her sister’s welfare.

Two male family friends attended the address at Magnolia Close and Song directed them to the bedroom where Li-Qing lay motionless on the floor covered by a duvet. She had been stabbed multiple times and a bloodied knife lay at her feet. The men left the address and called police.

When officers arrived, 12 minutes later, Song was lying on the floor next to Li-Qing’s body refusing to move, pretending to be unconscious.

Officers conducted CPR, but despite their efforts, Li-Qing was pronounced dead by medics at the scene.

Paramedics confirmed that Song was in fact conscious. He continued to be uncooperative and when officers moved him to a chair, he refused to open his eyes, only opening them briefly during his steps from the address to the police vehicle. At the custody centre, he was asked by the custody sergeant how he was feeling and replied he was upset as he had killed his ‘wife’.

In interview, with eyes remaining mostly closed, he then said that he did not know if he had killed his ‘wife’ but had had an argument with her.

Subsequent police enquiries concerning Song uncovered a history of alcohol dependency. His relationship with Li-Qing had been a turbulent one which took a turn in October 2018, when due to his drinking, jealously, and controlling behaviour, she attempted to leave him.

Police were called after Song was found in the street holding a knife. Next to him was a half empty bottle of whisky and a piece of paper with a mobile telephone number and the name Li Wang written on it. He had superficial cuts to his left wrist. Following this incident Li-Qing had somehow relented and remained with him.

Detective Chief Inspector Paul Considine, who led the investigation, said: “This incident has left a large number of victims in its wake, Li-Qing’s children have lost their mother, and her family in China are left with the most horrific final image of her due to the callous actions of Yi Xing Song in sending a picture of her body to her family chat group, which included her father.

“Song stabbed Li-Qing 21 times in a frenzied and overwhelming attack. Such was his own disgust at what he had done he could not bring himself to open his eyes.

“This has been a long and traumatic investigation, with much evidence in Chinese Mandarin being provided by devastated family members through an interpreter.

“The sentence handed down clearly demonstrates that suffering from alcohol addiction is not a defence for causing harm to others, particularly, as in this case, the most grievous harm possible.

“My thoughts are with Li-Qing’s loved ones, her children and her extended family, and I thank them for their selfless efforts to assist the investigation despite the language barrier and their distance from the UK.

“I sincerely hope that they find some peace in knowing that the man who took her life will now pay for that callous act with his own freedom.” 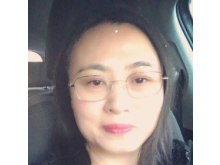