A man has been jailed for 12 years and 9 months after he admitted his role in the death of a man who was kidnapped, tortured and killed over a debt.

Kamil Dreszer, 32, (15.07.86) of no fixed abode pleaded guilty on Monday, 22 October, to the manslaughter of 27-year-old Andrzej Kulesza. He was sentenced today, Friday, 26 October at the Old Bailey.

Dreszer had previously been convicted of kidnapping, false imprisonment and preventing the lawful burial and disposal of a corpse.

He pleaded guilty to manslaughter on the first day of a re-trial for murder. Dreszer had twice previously been found guilty of murder but was then acquitted on both occasions after his case went to the Court of Appeal.

Andrzej, a Polish national, had been reported missing to Tottenham police by his girlfriend after leaving home in Stamford Hill, N16 at about 08:00hrs on 19 September 2010. He said he was going out to buy milk and bread at the local shop but never returned home.

Andrzej’s body was discovered near Rothersthorpe on 25 April 2011. A ligature was found around the neck area of the remains.

The court heard that the victim was involved in dealing drugs - cannabis and amphetamines - and was in debt to a man called Grzegorz Misiak. He feared for his safety.

A group of men, including Dreszer, forced their way into the home of a friend of Andrzej's at around 04:00hrs on 19 September 2010. They beat him with a bicycle lock, knocking out two teeth, and threatened him with a knife to reveal where Andrzej was.

The friend's mobile phone was stolen and used to call two more associates of the victim in the hunt for him.

The stolen phone was then used to text the victim - it's not known what the message said but it drew Andrzej out from his home address.

Evidence suggests that the kidnappers then took the victim to an address in Greenhill Park, NW10.

The victim's girlfriend grew increasingly worried and started calling friends and acquaintances. She was finally told he had been kidnapped and she would need to pay a ransom.

She was then contacted by Andrzej who pleaded with her to help him and provide cash. He was crying and screaming and said his kidnappers were threatening to kill him.

The victim's girlfriend borrowed £300 from a friend and handed over the cash to another man at a rendezvous point off the North Circular at Edmonton.

Promises were made that Andrzej would be released but more demands for cash were then made. Another £500 was demanded but then the calls abruptly ended.

Evidence indicated that Andrzej was beaten, spat on and force-fed amphetamines and alcohol while inside the address. He was ordered to do press-ups and when he couldn't, was beaten again.

In the early hours of 21 September 2010, it is believed that Dreszer was one of four men who collected the victim's body and travelled to Northants before returning to London.

A member of the public walking her dog found his remains in a field near the A43 at Rothersthorpe outside Northampton on 25 April 2011. The field had contained very tall elephant grass which had recently been harvested and may have disturbed the bones. An entire skeleton was pieced together and DNA tests proved it was Andrzej's.

A post-mortem examination failed to establish a cause of death but there were several fractures to the bones and a ligature - a black webbing strap - was found round the neck.

Enquiries led to the arrest of the defendants and they were subsequently charged.

"Motivated by revenge for a debt, Dreszer took Andrzej's life and helped to hide his body in a remote location, presumably imagining it would never be found.

"He played a key role in this appalling crime and one can only imagine the physical and emotional trauma Andrzej suffered during the hours he was held captive.

"I would like to thank all the witnesses who came forward and helped police and the wider Polish community for their patience. Andrzej's family and our witnesses have had to bear the trauma of a number of re-trials and placed their faith in us to help protect them from fear of repercussions." 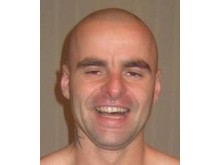