A man who sexually assaulted a heavily pregnant woman whilst giving the impression he was a doctor has been jailed.

Gregory Boyle, 58 (25.05.1959) was sentenced to six years and four months' imprisonment on Wednesday, 16 May at Croydon Crown Court for assault by penetration and sexual assault.

On 21 October 2015, Boyle visited the victim, a heavily pregnant woman in her 20s, who was being treated at the Princess Royal University Hospital (PRUH) in Farnborough, Kent.

Prior to the offence, the victim's partner had undertaken building work at Boyle's house and confided in him about her heart condition and pregnancy. Boyle claimed to be a cardiologist and offered to assess the victim as a second opinion free of charge. When the victim was admitted to hospital, her partner decided to take Boyle up on this offer as he was concerned for her welfare.

When he arrived at the hospital, Boyle introduced himself to the victim as a doctor, and, on the pretext of performing a medical examination, touched intimate parts of her body.

Immediately after this, a nurse walked in to find Boyle with the victim and challenged his presence on the ward. Doubting his continued claims to be a private doctor, staff checked the General Medical Council register and could not find him listed, and so called police.

Boyle was arrested at the hospital and was charged with assault by penetration and sexual assault on 13 September 2016.

Boyle pleaded guilty to the offences on 12 March 2018 at Croydon Crown Court.

Detective Constable Paul Hill from the Child Abuse and Sexual Offences (CASO) Command at the Metropolitan Police said: "Boyle targeted a vulnerable, heavily pregnant woman who was concerned for her health. He actively sought to deceive the victim, her family and the medical staff at the PRUH, giving the impression that he was a doctor.

"I would like thank the victim in this case and acknowledge her courage throughout this investigation.

"Thankfully this type of offending is rare, but should anyone recognise Boyle or believe they have been a victim at his hands, please contact the Metropolitan Police." 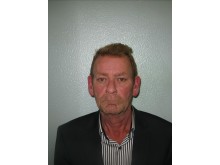