A man currently in prison for committing right-wing-related terrorism offences has been further sentenced for indecent and extreme image crimes, after officers discovered some of the most serious types of sexual abuse images on his phone.

Yesterday, (Wednesday, 23 July) Jacek Tchorzewski, 19 (17.11.00), a Polish national, who was staying in Buckinghamshire before he was jailed last year, was sentenced to eight months’ imprisonment to run concurrent with his four-year sentence for terrorism offences.

He is also subject to a deportation order, meaning after he has served his sentence he will be deported from the UK.

Officers from the Eastern Region Specialist Operation Unit Counter Terrorism Policing (ERSOU CTP) stopped Tchorzewski at Luton Airport on Wednesday, 20 February 2019, before he could board a flight to Poland.

Using powers under Schedule 7 of the Terrorism Act 2000, they searched him and seized his mobile phone.

Examination of his phone and other digital devices revealed Tchorzewski had collated a number of documents that were in breach of the Terrorism Act 2000 as well as indecent images.

The investigation into terrorist material identified Tchorzewski had amassed a plethora of guides on terrorism, bomb making and gun production. Tchorzewski had downloaded an array of right-wing material which praised Hitler, neo-Nazism and Satanism. The documents featured anti-Semitic sentiments and even called for genocide.

He pleaded guilty to 10 counts of counts of possession of information likely to be useful to a person committing or preparing an act of terrorism, contrary to section 58, at the Old Bailey on 21 June 2019. He was sentenced to four years’ imprisonment on 20 September.

On 18 March 2020 he was charged with three counts of possession of an indecent photograph of a child/pseudo-photograph of a child, contrary to section 160(1), (2A) and (3) of the Criminal Justice Act 1988, and one count of possession of extreme pornographic image/images, contrary to sections 63(1), (7)(c) and 67(3) of the Criminal Justice and Immigration Act 2008.

Tchorzewski pleaded guilty to these charges on 08 June 2020 and was sentenced yesterday at Harrow Crown Court.

Commander Richard Smith, head of the Met Police Counter Terrorism Command, said: "Tchorzewski had some of the most severe types of images on his phone. We and our counter terrorism police network colleagues treated these crimes with the focus and seriousness they deserved, ensuring Tchorzewski faced justice for these offences as well as his terrorist activity.

"Right-wing cases increasingly account for the overall number of counter terrorism investigations nationally and we are seeing more people of extreme right-wing mindset referred to Prevent.

“I urge anyone with concerns that an individual may be involved in right-wing terrorist activity or child sexual abuse to report their concerns to police.”

If you are concerned that someone you know is potentially at risk of radicalisation, tell someone – and help them take a different path. For help and advice about the risks of radicalisation and to refer your concerns, visit www.ltai.info

You can also seek help by contacting police at www.gov.uk/act or by calling police confidentially on the free phone number 0800 789 321.

To report suspected child sexual abuse, call 999 if you believe someone is in immediate danger. If it isn’t an emergency, call 101. Find more information and advice at www.met.police.uk 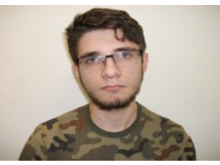