More than 800 arrests and 240 weapons have been taken off London’s streets during the Met's latest phase of Operation Sceptre.

During the national week of action, which focussed on tackling knife crime and wider violence, officers from all across the Met deployed a range of enforcement and preventative tactics, and between 23 March and 29 March, achieved the following results:

More than 400 Met Special Constables were also out on Saturday, 28 March, contributing to the fight against knife crime.

Commander Jane Connors said: “Despite the current public health crisis, policing must continue. Our officers have and will continue to be out on the capital’s streets supporting our communities. They are dedicated to our primary function of protecting lives and preventing crimes, despite this difficult period of uncertainty and fear.

“The huge successes we have seen following Operation Sceptre clearly demonstrate that we are absolutely committed to bearing down on violence in all its forms.

“Some of London’s most prolific, high-harm offenders have been apprehended, and 242 dangerous weapons which could have potentially ended up in the wrong hands have been removed from our streets.

“Officers will continue to use all of the tactics available to them, day and night, to suppress violence in London and I would like to thank all those involved for their unwavering commitment to making our resilient city, safer.”

We need to hear from anyone who has information about crime, those who carry a weapon, or those who exploit others for gain or revenge, while putting young people’s lives at risk. Community intelligence can be used to great effect to not only detect, but also prevent crime, keep London safe and save young lives. 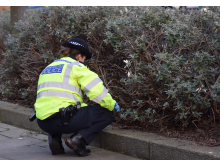 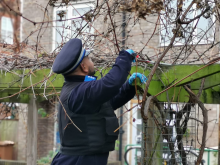 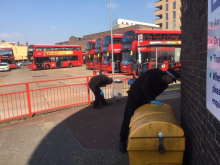