Detectives investigating the murder of a woman in Plaistow want to speak with anyone who was in contact with her in the weeks before her death.

Police were called at 15.09hrs on Thursday, 26 March, to a body found in the grounds of Memorial Community Church in Barking Road, E13. Emergency services attended and the victim was declared dead at the scene.

A post-mortem examination held at East Ham Mortuary on Friday, 27 March, gave cause of death as impact injuries to the head.

The deceased has been formally identified as 41-year-old Kelly Stewart, (28/05/1978). She was of no fixed abode at the time of her death, but was from the Newham area. Her next of kin have been informed.

Enquiries to date lead officers to believe Kelly was attacked between 0045hrs and 0145hrs on Thursday, 26 March. Extensive examination of the crime scene and the surrounding area is taking place and the murder investigation continues at pace. There have been no arrests at this stage.

Detective Inspector Darren Jones, who is leading the investigation, said: “We are working hard to establish exactly what happened to Kelly, and we must keep an open mind as to any motive.

“There is a dedicated team of officers who are exploring every single avenue to track down the person or persons responsible.

“I need to hear from any witnesses and anyone who may have information that will assist the investigation. I also want to hear from anyone who knew Kelly, who was in contact with her in the weeks before her death and who may know the people with whom she was associating.”

Anyone with information is asked to call the incident room on 020 8345 1570. To remain anonymous, please contact the independent charity Crimestoppers.

North East Area Borough Commander Richard Tucker said: “This is a shocking incident but I want residents to know that a team of specialist officers are working tirelessly to identify and apprehend whoever is responsible.

“I am grateful for our local community’s support and assistance during this time.” 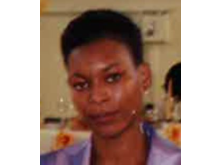