Detectives investigating the death of 77-year-old Maureen Whale, who died following a burglary at her home in Barnet last December, have released the 999 call she made to police just seconds after the break-in.

Maureen sadly died following the burglary in Bells Hill shortly before 18:00hrs on Tuesday, 4 December. A post-mortem examination gave her cause of death as coronary heart disease and identified that her death had been brought on by the stress of the incident.

Detectives from the Met’s Homicide and Major Crime Command are treating the death as manslaughter and after discussion with her family, are now releasing the 999 call made by Maureen as well CCTV footage of the suspects entering her property.

Her niece, Gina, said: “Hearing the last phone call made by my aunt is extremely distressing but we hope that by releasing this to the public someone, somewhere will be moved to come forward with information.

“Our aunt was a fiercely independent woman who should have been safe in the home she had lived in all of her life.

“No-one deserves to die in this way and we urge anyone who can help bring these men to justice to come forward and assist police with their investigation.”

Detective Chief Inspector Noel McHugh, who is leading the investigation, said: “Maureen died for the few pounds that were in her purse. It is so wrong that a woman who was so adventurous travelling the world in her younger days should die in such awful circumstances, for just a few pounds, in her own home.

“Someone will recognise these burglars from CCTV or from a change in their behaviour and I am appealing to the families and partners of these individuals to help Maureen’s family get the justice they deserve.

“For anyone teetering on whether to make that call, just listen to the distressing 999 call that Maureen made. Just imagine it could have been your mum or nan – burglary is a horrid crime, but what happened to Maureen is utterly wicked.

“In December we found Maureen’s bag in a hedge on the outskirts of Ravenscroft Park and we are continuing to ask anyone who may have seen or been given the items stolen in the other burglaries on the same night to get in touch.”

Enquiries have established that Suspect [1] climbed over the outside gate, opened the gate, then entered the house. Suspect [1] was wearing a black zip-through gilet over a light-coloured long-sleeved top. He also wore a dark-coloured woollen hat/beanie.

Suspect [2] who also entered the house wore a long-sleeved top with dark patches. He wore a hood up [possibly fur trim on hood] with dark trousers and light-coloured trainers.

Suspect [3] acted as a look-out at the window. He was dressed in a long-sleeved, dark-coloured hooded top/jacket. He wore a baseball cap underneath the hood of his jacket, light-coloured jogging bottoms and dark trainers.

Police also want to speak to the driver of a small four-door hatchback car, which travelled up Bells Hill towards Lexington Way at 17:52hrs. The car may have been a Skoda Fabia and the driver travelled directly past the suspects. That driver has not yet come forward.

The incident is being linked to burglaries at two more properties in the same road on the same evening and another around half a mile away on Sampson Avenue at 11:45hrs that day.

A reward of £20,000 reward is also being offered for information leading to arrest and prosecution.

The case will be featured on BBC’s Crimewatch Roadshow which airs from 09:00hrs on Thursday, 14 March. 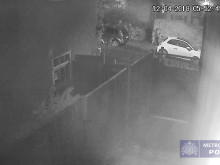 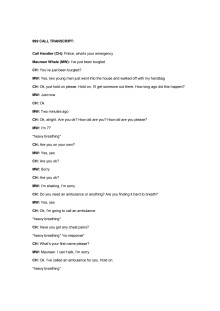