The two men were sentenced for firearms offences following a shooting in Chatsworth Road, Hackney on Thursday, 23 January.

Lewis Philpot, 22 (19.11.97) of no fixed address and Tony Murray, 27 (21.08.92) of Churchill Walk, Hackney, had earlier both pleaded guilty to possessing a firearm with intent to endanger life and causing grievous bodily harm with intent.

Murray was sentenced to nine years in prison for possession of a firearm with intent to endanger life and eight years and 9 months for grievous bodily harm with intent.

The court had reduced the terms of imprisonment by one third to take into account the early pleas of guilty, the sentences will run concurrently.

The two men previously appeared at the same court on Friday, 28 February, where they each pleaded guilty to both offences and were remanded in custody.

Police were called on Thursday, 23 January at 00:55hrs to reports of a firearm being discharged at an address at Chatsworth Road, E5.

The two men had arrived on bicycles and discharged a firearm, believed to be a shotgun, at the front door of a commercial premises.

Two people, a man and a woman aged in their mid-30s, received pellet wounds as a result of the shooting.

Both were taken to hospital; both have been discharged with non-life changing injuries.

An immediate investigation was launched by Trident detectives from Met Specialist Crime.

As a result of their enquiries on Thursday, 30 January search warrants were executed at two addresses and during the searches a shotgun was recovered

Murray and Philpot were arrested that same day and later charged as above.

Detective Inspector Matthew Webb of the Met’s Specialist Crime (Trident) said: “Both of these men have paid the penalty for their wanton discharge of a firearm on the streets of London. It was merely good fortune that the injuries they caused were not more serious.

“The Met is determined to bring violent criminals to account and both men were quickly arrested and charged. Following our inquiry, both were faced with overwhelming evidence and quickly pleaded guilty. Even after the court took note of their early guilty pleas, both men now face a substantial term of imprisonment, which is thoroughly deserved.” 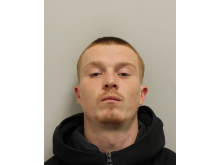 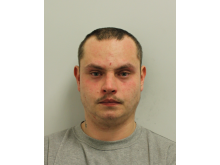