Detectives from the Met’s Child Abuse and Sexual Offences Command are re-issuing an image of a man they would like to speak to in relation to a sexual assault in New Cross.

On Saturday, 6 May 2018 at around 20:30hrs in Musgrove Road, SE14, a lone female jogger noticed a man running around 10 metres behind her. He had a mobile phone to his ear as if he were talking to someone and continued to follow her.

When she got to Musgrove Road she felt the man grab her buttocks and attempt to pull her back before he fled towards Pepys Road.

CCTV footage obtained from her route shows the man running behind her.

Detectives are also investigating sexual assaults on lone female runners in the area of Bridgehouse Meadows, SE15 on Monday, 18 December 2017 and Thursday, 5 April 2018. In both instances the male was described as a black man, aged in his early to mid 20s, of slim build and around 6ft tall.

In view of the similar descriptions, locations and offences, officers believe all three sexual assaults may have been committed by the same suspect.

Police believe it is possible he may have committed other offences and encourage anyone who may have been a victim of sexual assault to report any offences to police.

T/DCI Jim Aspinall from the Child Abuse and Sexual Offences Command said: “We believe this man could be involved in a number of sexual assaults on lone females, that have left the women all feeling vulnerable and apprehensive about doing things they did so ordinarily before, like going for a run.

“I urge anyone who recognises him from this image, or believes they have some information that could help our investigation to contact us as soon as possible.”

Anyone with information is urged to call the Met’s Child Abuse and Sexual Offences Command directly on 07920 540617 or by dialing 101. 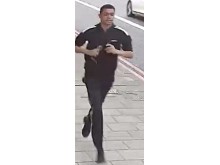 The man police wish to id... 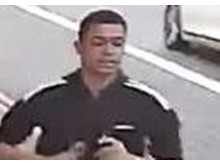