Police investigating a number of small incendiary devices sent via the post to locations in London and Glasgow earlier this year are appealing for anyone who may have information about the origins of the devices or who handled them, to come forward and help them with their enquiries.

Detectives are particularly keen to hear from any postal workers who may have come into contact with the devices between 1 March and 22 March.

On 5 March, three packages containing small incendiary devices were delivered to transport hubs in London. The following day, a fourth package was recovered at the University of Glasgow. On 22 March, a fifth package was recovered, having been returned to a postal depot in Limerick, Republic of Ireland. This package has since been forensically examined and is being treated as part of the same series.

The investigation into the devices is being carried out by the Met’s Counter Terrorism Command and Police Scotland, in conjunction with Police Service of Northern Ireland (PSNI) and in liaison with counterparts at An Garda Síochána in the Republic of Ireland, which is leading the investigation into the package recovered in Limerick. No arrests have been made at this stage and enquiries continue.

Deputy Assistant Commissioner Dean Haydon, Senior National Coordinator for the UK’s Counter Terrorism Policing, said: “We are looking to identify any postal workers who may remember handling any of the packages between 1 March and 22 March.

“We have recovered forensic evidence following examination of the devices. You may have information that could help us with our investigation and it would also help with our forensic enquiries to be able to eliminate anyone who may have innocently come into contact with any of the five parcels after they were posted.”

On 11 March, a claim of responsibility for the packages was made by a group claiming to be the ‘New IRA’.

Since then, further analysis of the five packages has been carried out by forensic experts and, due to particular similarities between the devices and the methodology, the investigation teams are now formally linking the packages to those sent to various British Army Recruitment Centres in 2014.

DAC Haydon added: “Our enquiries continue, but clearly a key element of the investigation now is the link between the devices previously sent in 2014, and the five sent earlier this year. As with any investigation, we will be led by the evidence, but at this stage, our principal line of enquiry is that the devices were sent by a violent dissident republican group.

“The devices that were sent not only put their intended recipients in danger, but also endangered the lives of all those who handled and processed the parcels both in the Republic of Ireland as well as the UK. This was an extremely dangerous and reckless act and I would urge anyone who may have information about those responsible to contact police.”

Extensive advice was issued to relevant businesses and sectors to be vigilant for and report suspicious packages to police. Police continue to urge the public to remain vigilant and report any suspicious items. Any suspicious activity can be reported by calling the confidential phone line 0800 789 321 or by filling in a secure form at www.gov.uk/act. In an emergency always dial 999. 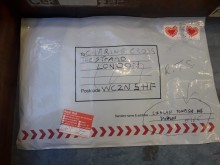 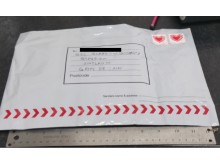 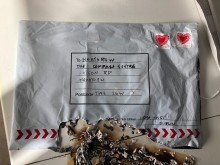 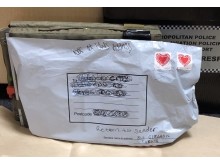