Three teenagers have been sentenced for the fatal stabbing of 15-year-old Tashaûn Aird in Hackney.

All three were sentenced at the Old Bailey on Monday, 30 March, with all sentences to run concurrently.

At the time of the attack, both of the 16-year-olds jailed were aged 15.

Tashaûn, an aspiring music producer, was brutally stabbed to death in May 2019 during an unprovoked attack.

Police were called to Somerford Grove, N16 at 20:54hrs on Wednesday, 1 May to reports of a stabbing. Officers attended and found Tashaûn lying in the road heavily bleeding.

Emergency services provided first aid however Tashaûn did not survive and was pronounced deceased at the scene at 21:49hrs.

During the eight-week trial, the court heard how Tashaûn was with his friends when they were accosted by four males in the park by Somerford Grove.

[B] and [C] took an Uber to the park where they met up with Williams-Reid and ran towards Tashaûn and his friends to launch their attack. The group ran in fear of their lives, dispersing in different directions. One of Tashaûn’s friends, a 16-year-old boy, was stabbed in the park. He has since recovered from his injuries.

Tashaûn was stabbed a number of times in the park but he was able to run away and sought refuge by the side of a nearby house. [B] caught up with him and then stabbed Tashaûn one last time to the upper chest.

[B] and [C] got back into the Uber that drove them to the park and fled. Meanwhile Williams-Reid left on the second victim’s bike. He travelled to an associate’s address where he discarded clothing, changing his appearance.

A post-mortem examination gave Tashaûn’s cause of death as a stab wound to the lung however he was stabbed a total of nine times, the fatal stab wound being 11cm deep. He was also stabbed in his neck, chest and back.

Homicide detectives from the Met’s Specialist Crime Command launched their investigation which was able to place Romaine Williams-Reid and the 16-year-olds [B and C] at the scene and furthermore, prove they were responsible for Tashaûn’s murder.

Hundreds of hours of CCTV footage were examined which allowed detectives to piece together the steps that the defendants took prior to the murder, during the violent attack and after they had left the scene.

It was heard in court that the three defendants, who were affiliated with a gang, had a history of violence and hostility towards Tashaûn in the months before he was murdered. They contacted him and his friends moments before they attacked him and accused him of being in a gang but this was not true.

Tashaûn even spoke to Williams-Reid on the phone and explained that he was not affiliated with any gang. However the group were determined to locate him regardless.

She said: “I have seen first-hand the devastation caused by Tashaûn’s murder and the suffering that his family have had to endure as a result.

“Tashaûn was so young and had a long life ahead of him, this has been cruelly taken away.

“I would like to thank Tashaûn’s family for their support with our investigation and throughout the trial. I would also like to thank the witnesses who have showed strength and courage in attending court.

“Finally, thank you to the investigation team for their hard work and dedication to the case, they have worked tirelessly to piece together the evidence to bring those responsible to justice.”

In a statement, Tashaûn’s family said:

"Our beautiful and talented Tashaûn was just 15 years old when he was attacked and murdered, in what was a senseless and unprovoked attack on him.

“There can be no comfort to us other than these individuals being off the streets and out of harm’s way.

“However, no words could ever describe the pain, numbness and sheer anguish that we as a family have felt since he was taken away from us so suddenly on 1 May.

“No family should be put through what we have experienced these past months, you hear about knife crime and never expect it to be one of your own. Our family who were once a family of four are now a family of three, which leaves our daughter, Tashoya, without her baby brother and us without the final piece to our family puzzle.

“Our mother, and our father, without their son, their handbag. Our child was hunted down and brutally attacked, the actions of those responsible for his killing were cowardly as he was defenceless to it, he did not harm anybody, nor did he warrant this to happen to him. No family would ever expect their loved one not to return home.

“Life will never be the same again for us and no sentence for taking our Prince’s life could ever be enough.

“Collectively, as a family we feel damaged beyond repair due to Tashaûn’s murder.”

If there are any young people who either have information about violence or knife crime, they can visit fearless.org where they can pass on information anonymously. Fearless is part of the Crimestoppers charity, and is also independent of the police.

If you need help or information to support someone you suspect is involved in knife crime, or you want assistance yourself, then you can visit www.knifefree.co.uk or LondonNeedsYouAlive.

Romaine Williams-Reid was arrested on 5 May and charged with murder and GBH the following day.

[C] and [D] were arrested on dates in June and charged with murder, GBH and possession of an offensive weapon later that month.

+ A 16-year-old boy from Hackney [B] was also charged with murder in June however while awaiting trial in custody he passed away in non-suspicious circumstances. 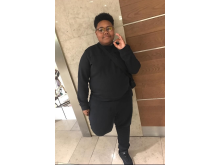 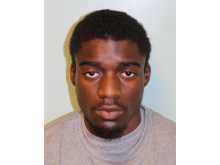