A man has been found guilty of murder in connection with a series of violent attacks that resulted in the death of two young men within hours of each other in Camden last year.

On 28 February, [L] Godwin Lunghy 19 (28.06.00), of Maple Street N17 was found guilty of the murder of Sadiq Aadam Mohammed and violent disorder at Pembury Circus E5. He is due to be sentenced on 6 April.

Lunghy’s conviction relates to a series of incidents which took place on the evening of 20 February 2018.

Those responsible then travelled in a van from Camden to Hackney where they attacked an unidentified man in the street.

Less than two hours later, at 22:13hrs, police were called to reports of a disturbance on Malden Road, near to the junction with Marsden Street, NW5.

A murder investigation was launched by detectives from the Met’s Homicide and Major Crime Command under Detective Chief Inspector John Hughes.

This identified that just minutes before the fatal stabbing of Abdikarim Hassan, another 17-year-old boy and his friend were attacked nearby on Aldenham Street, at 20:17hrs. Although the 17-year-old suffered stab wounds, he thankfully made a full recovery from his injuries.

On 9 July 2019 two further defendants were sentenced for their involvement in the attacks after being convicted by a jury on 29 May 2019:

[E] Isaiah Popoola, 20 (16.05.99) of Grafton Way, WC1 was found guilty of the manslaughter of Abdikarim Hassan; the murder of Sadiq Mohammed; and in relation to the incident on Aldenham Street: grievous bodily harm on a third man; and violent disorder.

He was sentenced to life imprisonment to serve a minimum of 28 years. At court Popoola claimed he was not present at the offences; but he was found in possession of the keys for the van and traces of Sadiq Mohammed’s blood was discovered on trainers found at his home address.

[F] Ben Drummond, 20 (09.09.99), of Ingestre Road, NW5 was found guilty of the murder of Sadiq Mohammed and in relation to the incident on Aldenham Street - violent disorder.

He was sentenced to life imprisonment to serve a minimum of 23 years. Drummond claimed he was at home asleep at the time of the offences. After the incidents he fled to Bedford in an attempt to avoid capture.

“This series of vicious and pre-meditated attacks occurred within a two-hour window. Our investigation showed clearly that Lunghy, Popoola and Drummond went out that night with the express intention of killing people. Their actions have left two families devastated.

“The group pre-planned the attacks throughout the day. They obtained stolen vehicles, weapons and roamed the streets looking for their victims. Then, all wearing masks, heavily outnumbered the unarmed victims who having failed to escape, were unable to defend themselves in the face of such overwhelming force.

“In both cases the knife-wielding suspects hunted down Abdikarim and Sadiq separately subjecting both men to a brutal attack.

“Two years have passed since the senseless night of violence took the lives of Abdikarim and Sadiq and our investigation continues. We are still looking to secure evidence of sufficient quality to place others involved in the attack before the Court.

“Nothing can bring back Abdikarim and Sadiq, and with that in mind I urge anyone who knows who else was responsible for these attacks to contact the police and help us to remove dangerous individuals from the community.”

Lunghy’s trial commenced on 13 January at the Old Bailey. Following the offences he fled to France. With the assistance of the National Crime Agency and French authorities he was located, arrested and extradited back to the U.K. He claimed he was aware that violence was being planned but went to his girlfriends and gave his coat and scarf to someone else.

On 7 May 2019 [K] Ryan Leurs, 18, was found not guilty of violent disorder on the directions of the trial judge. 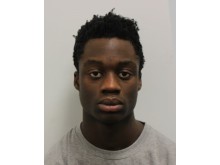 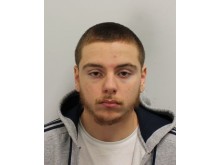 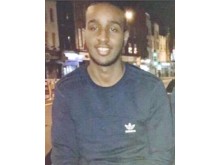 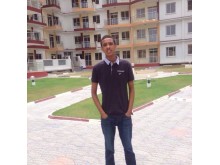 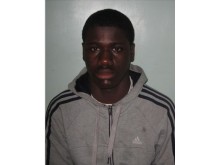