Two men and a boy have been found guilty of murdering a 20-year-old shot in the chest as part of ongoing violence between rival gangs.

The court heard that Joseph was with a friend on the evening of Wednesday, 14 March 2018 in Essex Close, Walthamstow, listening to music in a van.

At around 21:30hrs three hooded males appeared in front of the vehicle and began tugging at the passenger door.

As Joseph struggled to pull it closed, one drew a gun and shot him before all three males ran off towards Pretoria Avenue.

Joseph was hit in the chest and legs. He managed to stagger out of the van and local residents gave first aid until police, paramedics and London’s Air Ambulance arrived at the scene. However, the severity of Joseph’s injuries meant he died around an hour later.

Detective Sergeant Ian Valentine, Specialist Crime, said: “Joseph’s murder was the result of ongoing retaliation and tit-for-tat incidents between rival gangs. Joseph wasn’t a gang member but sadly that night he was mistaken for someone else.

“As well as Joseph’s murder, today we have seen other gang members convicted of further incidents involving violence and weapons. The evidence heard by the court is a very sad tale of a group of young men caught up in gang violence and drugs activity, armed with guns and knives attacking others in a frankly shocking display of behaviour. One incident in Leyton saw shots indiscriminately fired into a busy amusement arcade - it’s only luck no one was injured.

“Many lives in this case, and others, are being destroyed by gang violence. We need to turn the tide. If you know someone involving in gang activity, drug dealing, carrying weapons please come forward. You don’t need to speak to police, you can contact the independent charity Crimestoppers or fearless.org. Please provide information to help us save lives and prevent others being ruined.”

CCTV had captured the movements of all three suspects as they made off, which led to their identities being established. The 16-year-old boy had also dropped his mobile phone at the scene.

The court heard Ul-Haq had previously been hanging around the Essex Close area, on one occasion armed with a large knife. On another occasion he was spoken to by police and mentioned a friend had been murdered – Elijah Dornelly on 7 May 2017 in Walthamstow High Street - and another friend stabbed.

Joseph’s killing formed part of that ongoing gang feud. Joseph wasn’t part of a gang but the defendants thought he was. They knew each other and there had been previous altercations between various associates. However, the court heard that night Joseph had been mistaken for someone else.

The firearm used to kill Joseph have been used during a previous related shooting.

On Tuesday, 9 May 2017 just before 01:30hrs an incident took place at an amusement arcade in Hoe Street, Leyton. Six males, led by Nengese and including the other murder defendants, smashed a glass door to get inside in pursuit of Ezra Abeka-Soares, later convicted of Elijah Dornelly’s murder. They were armed with a variety of weapons including belts, batons and a long knife.

Wayne Russell, 21 (11.06.98), of no fixed address was brandishing the gun and fired two shots into the premises before the group made off.

On 10 May 2017 Russell, Ul-Haq and another attempted to break into Abeka-Soares’ home in Southall. Russell and Ul-Haq were armed with a machete and believed also a firearm. Russell pleaded guilty to aggravated burglary; Ul-Haq was found guilty of the same offence.

A parallel police investigation ran into the incidents, by the homicide command and the Trident and Area Crime Command, and the defendants were arrested. A handgun was found during searches of the 16-year-old’s home but the murder weapon was recovered along with a knife and face mask from a bag found by a member of the public dumped in Tudor Close N6. Further searches of the defendants’ homes found several items of clothing matching descriptions and CCTV of those worn during Joseph’s murder.

All were subsequently charged. The court heard of their gang associations and involvement in crimes including violence and drug supply.

In extracts from an impact statement Joseph’s father Tony, on behalf of the family, said:

“Where do I even begin to try and tell you about our son who you have never had and never will have the pleasure of meeting.

“Joseph came from a loving, close and hardworking family. The reason why I feel it’s important to say this is because when Joseph was murdered, people who do not know him and us formed opinions as to why this happened and what must he have done in order for this to happen to him. What we all know is Joseph had not wronged anyone, he was not the intended target of his killers and as the evidence suggests this was a case of mistaken identity. Our son’s life was taken because his killers thought he was somebody else. This is such a difficult thing for us to process and deal with. We as Joseph’s family hold our heads high knowing our son had done nothing wrong.

“Our biggest loss is of course Joseph, he was so loved. He had the most beautiful personality and smile. He was so popular and had so many friends, this was apparent at Joseph’s funeral. So many people attended, some of whom carried Joseph into the chapel. They wore T-shirts with Joseph’s picture on, this was a really touching tribute to him. They were unbelievable and did our son proud.

“On the day Joseph was murdered he was arranging his 21st birthday trip to Sweden where his friend has family. Joseph was really happy about this trip. Nobody could have known that just a short time later the evil that was lurking around the corner meaning Joseph never reached his 21st birthday and never got to go to Sweden.

“Since 14 March 2018 my family’s lives have changed forever. Never before have I been sat somewhere and just broken down crying, having no control of how this pain has affected me. I tried to keep it all in and to myself as I didn’t want to upset my family or anyone around me.

“I find myself sitting in silence and staring aimlessly into the distance, thinking to myself why? What did we or Joseph do to deserve this dreadful thing to happen to us?

“What is so unfair is the accused’s families will still get to see them and any children they go on to have. Esther and I will never get to meet the grandchildren Joseph may have graced us with and in turn Joseph will never get to meet his nieces/nephews his sister Patricia may have graced him with. This is all because of the selfishness, cruelty and the stupidity of those who gunned him down and took away his life.

“When they took Joseph’s life, they didn’t consider how their selfish actions would affect, hurt and destroy so many people. Not just their target Joseph but the family and friends of Joseph and now their own family and friends should justice be served. They only thought about their own agenda.

“Joseph never deserved to die and we will never be able to forgive those responsible for doing it. There will never be a harsh enough sentence or punishment for what they have done. Our hearts are forever broken.

“We want those responsible for Joseph’s murder to tell us why? Why did they do this and to tell the truth. Knowing why may go some way to helping us deal with what they have done. I am sure if their families were in our position they would also want to know why.

“Christmas is fast approaching, since Joseph was murdered we have not celebrated it. It just doesn’t feel right and we don’t feel there is anything to celebrate. Patricia will still get Christmas presents but Christmas isn’t the same now, it used to mean family and togetherness.

“No matter how much time passes our lives will never ever be the same. A part of our lives ended when they took our Joseph.”

+ If you have information that could help keep your community safe but don’t want to speak to police, please contact the independent charity Crimestoppers on 0800 555 111. They do not ask your name and cannot trace your call or I.P address.

Any young people who have either information about violence or any type of crime can visit www.fearless.org where they can pass on information anonymously – your I.P address will not be traced. Fearless is part of the Crimestoppers charity, and is also independent of the police. 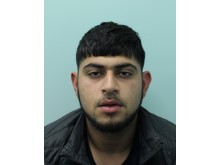 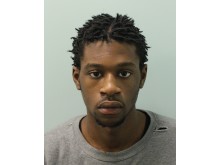 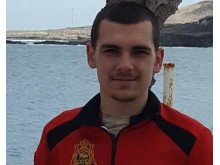