Three men have been jailed for burglary, with a tracking device on a work van used by one of the suspects linking them to the crime.

Following three early morning warrants in Camden by the Met’s Flying Squad on Tuesday, 7 April, all three men pleaded guilty to burglary and were each sentenced to three years and eight months’ imprisonment.

All three were sentenced at Wood Green Crown on Thursday, 15 May.

Detective Sergeant Gary Taylor, from the Met’s Flying Squad, said: “I am extremely grateful for the help and support of my colleagues in the forensics department as well as the local police officers who worked with my team to share information that enabled us all to secure this positive result.

“This case shows the best of the Met – officers who work tirelessly with colleagues from other departments in order to detain, charge and prosecute offenders and seek justice for victims of crime in London.”

On 24 November 2019, police were called to reports of a burglary at a property in Courtleigh Avenue, Barnet.

The victim had been away for the weekend when he received a call from his neighbour to say that his house alarm was going off and the lights had been turned on inside.

The victim returned home to find that entry had ben gained to the premises via a window on the first floor.

Once inside, it was clear that the property had been subjected to an untidy search as drawers were thrown open and cabinets broken. The burglars had also taken a safe which contained a significant number of sentimental items of jewellery.

In total, more than £20,000 worth of property was reported to have been stolen.

Police and forensics officers gathered evidence. Recovered from inside the window frame, where entry had been gained, was a torn blue piece of material that was submitted for forensic examination. This examination identified a DNA one in one billion match for Patterson.

CCTV and ANPR enquiries were conducted and revealed that a white transit van was used by the suspects and belonged to a construction company located in Camden.

Enquiries conducted by officers identified that the van was being driven on the date of the offence by a male called Charlie Knight, who also uses the surname Durkin and was a driver for a construction company. The van was fitted with a tracking device which further confirmed he was involved in the burglary.

Telephone data placed Durkin and Patterson at the scene, and showed a call being placed by Durkin to a phone registered to Lee Smith at the time of the burglary.

This burglary was investigated by the Flying Squad as part of a larger series of robberies and aggravated burglaries across north London over the course of several months.

On the morning of Tuesday, 7 April, officers executed warrants to arrest Patterson, Durkin and Smith. The Commissioner was also in attendance to witness the proactive work being carried out by her officers and provide reassurance that operations remain ongoing in the Met, even under the current public health crisis.

All three suspects were taken into custody and questioned. They were charged the following day.

“The forensic evidence found was significant against Patterson that made it impossible to deny. I am extremely proud of the work they deliver and that they have been able to help DS Taylor and his team secure this result.” 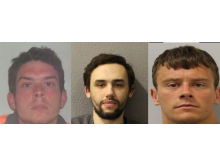 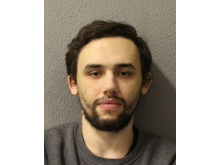 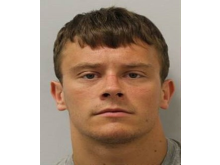 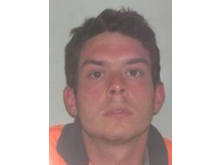