Three men who brutally assaulted a man in a sustained attack over several hours have been jailed following an investigation by the Met’s Central South Command Unit.

Niango and Harvey were jailed for ten years for the GBH and seven years for false imprisonment; sentences to run concurrently.

All were jailed today, Thursday, 12 December, at the same court.

The court heard that police received multiple calls to Roffo Court, SE17 at around 20:30hrs on 24 July 2018. The calls were made by members of the public who could see a man on a balcony and hear him desperately shouting for help.

Officers attended and located the victim, a 49-year-old man, inside a flat which had been completely ransacked, with the sofa tipped over and furniture strewn about.

The victim told police that he had been attacked for several hours by three men who were not known to him.

The victim was taken to hospital where he was found to have suffered a fractured jaw and burns to his arm. He told police that he had been beaten about the head with an aerosol can and burnt with cigarettes. The suspects had also derived a makeshift ‘flame-thrower’ from the aerosol can and a lighter to burn the victims arm. The victim also told police he had been forced into a dog cage while the suspects threatened him.

An investigation was launched by detectives from the Central South Command Unit.

Camara was identified as being one of those responsible after a set of car keys were discovered at the crime scene, as well as his vehicle parked outside, and he was found to be the registered keeper. The following day Camara tried to report the vehicle as having been stolen the day before the attack in an attempt to distance himself from the crime scene.

Niango’s presence was established through forensic evidence. He handed himself in to police on 30 July 2018 and was charged and remanded. Camara would hand himself into police later the same day. He was interviewed and released on bail.

The third suspect, Harvey, was identified and arrested in August 2018.

Investigating officers established that the trio had been using the victim’s address to store suspected Class A drugs. They blamed the victim after some of the drugs allegedly went missing and brutally attacked him.

The victim was initially too afraid to say that he knew his attackers.

“The victim was absolutely terrified and in fear of his life during the incident and is still struggling to come to terms with what happened to him. He has sleepless nights and he is scared whenever he is out in public.

“Camera, Niango and Harvey carried out their cowardly and vicious attack over several hours, not only inflicting serious injuries, but humiliating the victim as well.

“Now, they will spend time behind bars.” 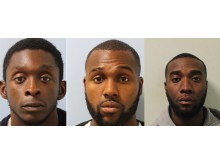 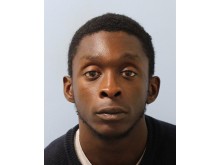 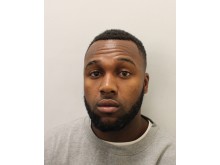 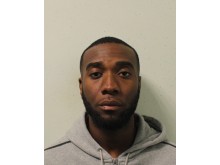