Three men who carried out a violent attack outside of a nightclub on Oxford Street have been jailed for a total of more than 15 years.

On Monday, 4 November, at the Old Bailey, Fazal Khan, 24 (05.08.95) of Dallas Terrace, Hayes was sentenced to nine years in prison after pleading guilty to two counts of S18 assault and one count of violent disorder.

Ziad Abdul’Fattah, 29 (02.06.90), of Lakeside Drive, Park Royal, was sentenced to four years six months after pleading guilty to one count of section 18 assault and one count of violent disorder.

CCTV and body worn footage was played in court which showed the three defendants leaving a nightclub on Tenterden Street at around 03:00hrs on 17 February.

They then made their way onto Harewood Place where they got into an altercation with a larger group of people – including the victims who had left another venue – before being separated by security staff from nearby premises.

The groups left in different directions but a short time later Khan, Abdul’Fattah and Hassan were seen running across to the victims on Oxford Street where they attacked them with a glass bottle and a knife.

Police were called alongside the London Ambulance Service and three 24-year-old men were found suffering from wounding injuries and taken to hospital.

All three victims needed surgery including one who had to have his nose partially reconstructed following the attack.

Hassan was detained at the scene while Khan was arrested nearby after being chased by officers and nightclub security staff. He was also seen to discard the knife used in the attack.

Abdul’Fattah managed to flee the scene but handed himself in shortly afterwards.

Detective Constable Tom Aylward, from Central West CID, led the investigation and said: “This was a brutal attack on three friends who were simply on their way home from a night out.

“One of the victims was stabbed multiple times, most seriously in his neck and required immediate surgery – it is only through sheer luck that his injuries were not more serious.

“Khan, Abdul’Fattah and Hassan were intent on causing harm that night and we are pleased they are now off the streets and unable to inflict any further damage.” 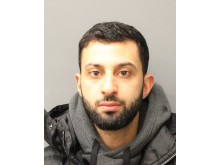 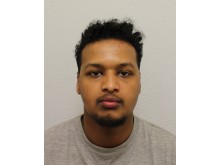 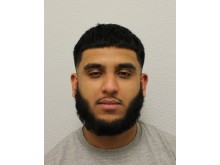