Police are reminding people to keep their possessions safe when travelling to and from the UK after three men, who stole airline passengers’ possessions worth more than £81,000 were jailed for over 12 years.

A fourth accomplice – 61-year-old José de Jesus Boada Penaranda – has also been convicted of similar offences. He is due to be sentenced on Wednesday, 4 December at Isleworth Crown Court.

Aviation Policing Crime Squad officers trawled through CCTV and succeeded in linking the suspects to their offences; all four suspects committed offences at London City Airport on 6 September; Flores, Weston and Hernandez committed thefts at Heathrow Airport on 6, 9 and 12 September; and, Weston carried out a theft on his own at London Stansted Airport on 10 September.

The officers observed that the suspects usually worked as a team and used distraction techniques on elderly and/or unsuspecting travellers, who were either leaving or had arrived in the UK. Additionally, officers found that a silver Mercedes car was parked in the area at the time of the offences and connected them to this vehicle.

On 19 September, officers traced the three suspects in their Mercedes to a supermarket carpark in Camberwell, Southwark. Moments later, the three appeared and got into the vehicle. As they did so, officers moved in and arrested them on suspicion of theft.

The gang was taken into custody at Heathrow police station. They were charged with theft and remanded to appear at Uxbridge Magistrates’ Court on 19 September.

The stolen property, which included jewellery, identification documents, and cash, is estimated to be worth about £81,873 in total.

Investigating officer, PC Barry Munnelly, of the Met Aviation Policing Command, said: “The Met is absolutely committed to detecting, disrupting and arresting those involved in any criminal activity at London’s airports.

“These criminals arrived in the UK in August with the express purpose of carrying out callous acts of theft against elderly and vulnerable people. However, following their first offence, officers were quick to identify and arrest them. They will now spend a considerable time behind bars before being deported. Stolen items have also been recovered and returned to their rightful owners.

“Police officers regularly patrol airports to make them hostile territory for criminals to snatch valuables from members of the public. Our team of detectives conduct investigations and covert operations to tackle these and other crimes.

“As a result, airports are generally very safe places to be, but nevertheless, I want to get the message out to members of the public about the importance of remaining vigilant and aware of your surroundings at all times and of keeping your property secure. These crimes happen in an instant.

"If you see any suspicious activity or has any information about anyone who commits such crimes please call police in an emergency on 999 or 101 or Crimestoppers on 0800 555 111."

+ The three suspects sentenced at Isleworth Crown Court on Wednesday 13 November are as follows:

Jose Martin Encarnacion Flores, 53 (28.11.65) of no fixed address was sentenced to four years and six months’ imprisonment for four counts of theft offences.

Reynaldo Willy Weston, 66, (01.10.53) of no fixed address was sentenced to four years and six months’ imprisonment for five counts of theft offences.

Juan Gabriel Romero Hernandez, 55, (09.02.64) of no fixed address was sentenced to four years and 10 months’ imprisonment for four counts of theft offences.

All three had appeared at Uxbridge Magistrate’s Court on 19 September where they pleaded guilty to all of their offences.

José de Jesus Boada Penaranda is due to be sentenced on Wednesday, 4 December at Isleworth Crown Court.

Three men who have been j... 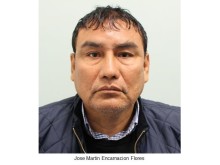 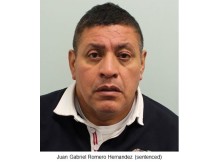 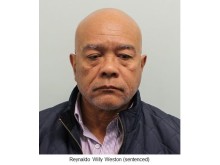 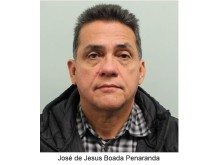 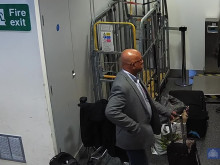 It shows three of the four suspects committing offences at London City Airport on 6 September: - José Martin Encarnacion Flores can be...