Two men who brutally stabbed a 21-year-old man to death in a busy Brent street have been found guilty of murder.

Sentencing will be at the same court on Friday, 31 January.

The court heard that Meshach was walking with a friend along Harlesden High Street around 21:00hrs on Tuesday, 23 April.

They were passed by the suspects, who were riding in convoy in a VW Passat and a Renault Clio. The vehicles turned back on themselves, at which point one of the occupants got out and launched a targeted attack, during which Meshach was stabbed.

The suspect vehicles then turned round in the street and waited before carrying the attacker away from the crime scene.

Meshach managed to flee into a bookmakers but collapsed shortly afterwards.

He was taken to hospital by the London Ambulance Service where he was pronounced dead at 02:47hrs on Wednesday 24 April.

A post-mortem examination later gave cause of death as a stab wound.

An investigation was launched by officers from the Met’s Specialist Crime Command.

Calder and Mulqueen were identified and mobile phone evidence placed them at the crime scene at the time of the attack.

The court heard that the suspects had later arranged for one of the cars used in the attack to be set alight in Gladstone Park.

They were arrested and charged in May and remanded in custody until trial.

Detective Sergeant Devan Taylor, of the Specialist Crime Command, said: “The motive for the murder has never been fully established, though it is thought to have been linked to a number of incidents on the same evening, in particular an earlier altercation in Tubbs Road, NW10 in which a man was stabbed in the hand.

“Meshach, Calder and Mulqueen were all believed to have been present at this time.

“It would transpire that the man attacked in this incident in Tubbs Road was the friend walking with Meshach when he himself was fatally attacked 45 minutes later.

“It beggars belief that such a tit-for-tat sequence of events could lead to one young man losing his life and two others looking at a considerable amount of time in prison. This attack was on a busy street and took place in front of crowds of people who were completely shocked to find themselves caught up in such a horrific event.

“I would implore any young persons involved in carrying a knife to look at where it leads. Meshach’s family are still only just coming to terms with his loss. The devastation they have been through is something no family should have to endure.”

Two 16-year-olds [D] and [E] have also been charged with Williams’ murder; they will appear at the Old Bailey on Thursday, 16 April.

+ Do you know about someone who is carrying a knife? If you have information that could help keep your community safe but don’t want to speak to police, please contact the independent charity Crimestoppers on 0800 555 111. They do not ask your name and cannot trace your call or I.P address.

Any young people who have information about violence or knife crime, can visit www.fearless.org where they can pass on information anonymously – your I.P address will not be traced. Fearless is part of the Crimestoppers charity, and is also independent of the police. 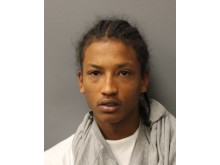 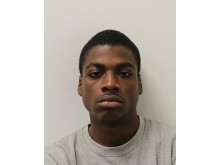