Two south London-based drug dealers have been jailed for supplying drugs through a ‘county lines’ network to Basingstoke in Hampshire.

Martin pleaded guilty in April at Inner London Crown Court to conspiracy to supply heroin and crack cocaine between 27 February and 16 August 2018. He also pleaded guilty to being concerned in the supply of crack cocaine and heroin in relation to two further county lines, one operating in Newbury, Berkshire, between 14 August 2018 and 25 October 2018 and the other in Farnborough, Hampshire, in February 2019.

He was jailed for four and a half years.

Wuta-Ofei was found guilty at the same court on Monday, 21 October of conspiracy to supply heroin and crack cocaine between 27 February and 11 May 2018. He was jailed for four and a half years.

Criminal Behaviour Orders which prohibits the pair from possessing unregistered SIM cards have been granted for eight years.

Investigating officer Detective Constable Jamie Grocott, said: “County line operators ruthlessly exploit the most harmful addictions for profit, relying on a network of vulnerable individuals and a culture of violence and intimidation.

“The sentences passed today reflect the enormous harm such offences cause to communities across the UK.

“Both Wuta-Ofei and Martin are young men. I hope they use the time in prison to reflect on the gravity of their crimes and return to society ready to make a positive contribution.”

The pair were stopped in Basingstoke by Hampshire Constabulary officers on 28 March 2018 in a Mercedes A Class being driven by Wuta-Ofei. Within the vehicle was a mobile phone that officers later attributed to a prolific county line using the moniker ‘Ozzy’.

Trident detectives from the Met’s Specialist Crime launched an investigation. Detailed analysis of communications data and ANPR activations showed repeated journeys between Lambeth and Basingstoke. Combined with information obtained from police warrants and stops, officers were able to prove that Martin and Wuta-Ofei had acted as the principal line-holders for the Ozzy network.

Wuta-Ofei was arrested on Tuesday, 19 March.

Martin was arrested on Thursday, 28 February. On arrest, two SIM cards in his possession were found to be further county lines using the moniker’s ‘Baz’ and ‘Joey’.

The court heard that Wuta-Ofei and Martin had previous convictions for possession with intent to supply crack cocaine and heroin relating to 2013. On this occasion, the men were also involved in drug supply together. 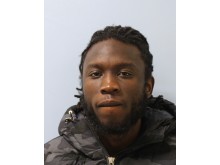 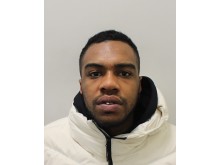