Two men have been jailed for their involvement in aggravated burglaries in west London.

His cousin, Daniel Flynn, 18, (3.02.01) of Apple Grove, Northolt was sentenced on the same day to six years’ imprisonment.

Both had pleaded guilty at Isleworth Crown Court on 21 June to two counts of aggravated burglary. A third suspect remains outstanding.

On the evening of 5 April 2019, three males forced entry to a house in Norwich Road, Northwood. They threatened the occupants with an imitation firearm, pushing to the floor a man and his wife, both aged in their 80s, before making off with a quantity of cash and jewellery. Daniel Flynn pleaded guilty to this offence.

Three days later, three males carried out a similar attack in Springwell Road, Hounslow, threatening the occupants with a large screwdriver and making off with a quantity of cash. John Flynn pleaded guilty to this offence.

At around 1930hrs on 19 June, the pair, along with a third male, forced entry to an address in Storksmead Road, Edgware where the occupants were threatened with a knife. A quantity of jewellery was stolen, including bangles which were forcibly removed from the arm of a woman aged in her 20s.

Police had been called as the aggravated burglary was in progress, and such was the speed of their response, officers were able to arrest John and Daniel Flynn as they were leaving the address. Both were later charged.

The third suspect made off on foot and has not been identified. All three suspects were wearing balaclavas while committing the three offences. None of the stolen property has been recovered.

“The pair used weapons and violence against victims who were robbed in their homes of jewellery which was of sentimental value. The showed absolutely no consideration for the devastation that they caused to the families concerned.

“I hope that these prison sentences provide the victims with some measure of solace and help to reassure Londoners that Met police officers are working hard every day to keep people safe on the streets and in their homes.” 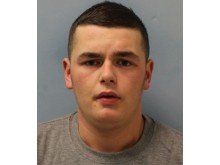 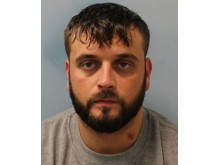