Two men who committed a robbery while riding a scooter were jailed for a total of seven years at Kingston Crown Court on Monday, 18 June.

[b] Reuben Blakeway, 18, [15.10.1999] of Undine Street, Wandsworth SW17 was sentenced to a total of two years, 11 months and one week:
• Robbery – two years’ and 10 months imprisonment
• Fraud x three – one month imprisonment per count (to run concurrently)
• Breach of a suspended sentence order – five weeks’ imprisonment (to run consecutively)

Both defendants were convicted of the robbery offence. They had both pleaded guilty to fraud on Wednesday, 13 June at the same court.

Williams and Blakeway committed the offences on Thursday, 15 February. At around 19:05 hours, a 24-year-old woman was walking home from Streatham Common Train Station along Streatham Vale, Lambeth. When she reached the junction of Churchmore Road a moped with two people on it mounted the pavement. The pillion passenger violently snatched her handbag, which included her Iphone and several credit cards, wrenching it from her shoulder and pulling her towards the ground. The riders then sped away.

A member of the public came to the victim’s aid and allowed her to call the police from his phone. She also managed to cancel two of cards, however she received notification from her bank that her card had been used three times in a supermarket and shop in Tooting not long after the robbery. She was able to get a printout of the fraudulent transactions and passed the information to police.

Officers were then able to download CCTV from the shops at the transaction times given by the bank, which identified Recco Williams and Reuben Blakeway.

A warrant for their arrest was executed. Officers attended Williams’ home address at Gatton Road on Friday, 23 February where he was detained and arrested for robbery, and fraud by false representation. He was later charged with both offences. Blakeway handed himself in at a south London police station on Monday, 5 March and was questioned regarding the robbery and fraud and was also charged with both offences.

Detective Constable Jack Kraushaar, Metropolitan Police Service said: “Police are working hard to keep the public safe and make the streets hostile territory for criminals who use scooters to snatch valuables from members of the public.

“This was a fantastic result, which has seen vicious scooter robbers receive lengthy prison time. These sentences send out a strong message that such incidents will be dealt with robustly by the Met and by the courts.” 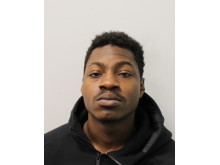 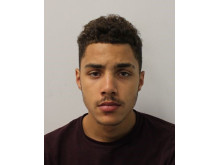