A man and a woman who admitted possession of a machine gun were jailed for a combined total of 12 years on Thursday, 5 July.

A Mac 10 pistol, known as Spray and Pray, with 26 rounds of ammunition was found after officers from the Met’s Trident and Area Crime Command, supported by specialist firearms officers, carried out a search at an address in Gladstone Parade, Cricklewood at 06.00hrs on 31 January.

The gun was found hidden behind a wardrobe in a rucksack, which also contained a self-loading pistol as well as 11 bullet cartridges.

The Mac 10 machine pistol was examined in the Met’s forensic laboratory and was found to be a converted weapon.

At the same court on Thursday, 5 July, Gordon, 22 (30.06.96) of Gladstone Parade, Cricklewood, was sentenced to four years’ imprisonment.

Langley, 32 (12.06.86) of no fixed address was sentenced to eight years and six months' imprisonment.

Detective Constable Neil Kember, of the Met’s Trident and Area Crime Command, said: “Two extremely dangerous guns have been taken off the streets of London as a result of this proactive investigation. Automatic guns pose a fatal risk to members of the public and Trident officers are working relentlessly to seize all illegal weapons.

“The significant prison sentences handed to these defendants should act as a warning to anyone who is in possession of an illegal gun or involved in the storage of them. Even if you have only been asked to look after the weapon, if it is found in your address you will be arrested and prosecuted.” 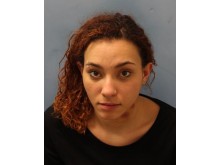 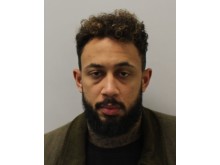 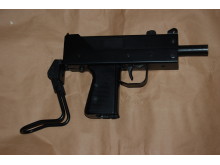 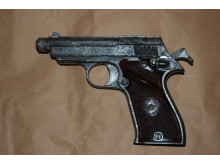