The Commissioner, Cressida Dick, held a special event at New Scotland Yard on Thursday, 7 November, to award two members of the public with Commendations to thank them for their efforts to stop a stranger rape and apprehend the suspects.

Joining Mr Joseph Gale and Mr Nathan Featherstone at the event were police officers from the first response, detectives, CCTV experts, forensic practitioners and prosecutors, all of whom had worked on the investigation following the attack.

The victim of the rape has personally written to the Commissioner to highlight the compassion, care and professionalism she was shown by the police and the collective efforts of everyone, which resulted in the arrest and imprisonment of two men for rape.

Joseph Gale witnessed some of the incident which took place in broad daylight in Carshalton last year and intervened thereby stopping the attack continuing. When the two suspects fled, Mr Gale chased them and called for police assistance, providing a description of the men. He then returned to help the victim.

In the meantime, Nathan Featherstone, who was driving his van, had stopped to help the victim when Mr Gale returned to the scene. Whilst waiting for the arrival of the emergency services, the woman saw one of her attackers and both Mr Gale and Mr Featherstone went in pursuit of him in Mr Featherstone’s van. They searched the area until they located him on the street - Mr Gale got out of the vehicle and went in pursuit of him again, chasing him onto a corrugated roof. Despite being assaulted by the man who fought against them, both Mr Gale and Mr Featherstone kept hold of him until officers attended and arrested him.

The subsequent investigation was conducted by specialist detectives who supported the victim and identified and arrested the second man a week after the incident. Both were later jailed.

Commissioner Cressida Dick, said: “I feel very proud of the members of the public who thought only about protecting the woman and apprehending the suspects. We are so grateful to them both. I was delighted to be able to award them with a Commissioner’s Commendation. They acted in true community spirit as active citizens. They were courageous and compassionate and quick thinking in a truly shocking situation.

“Of course, I am proud of the officers and staff of the Met involved. Every day, when I am out and about, people will stop and thank me for all they do for London, but reading such a heartfelt letter from the victim really demonstrated the difference police officers make to people’s lives. I am always proud of my team but even more so today.

“Such appalling offences are thankfully very rare. Thanks to the collective efforts of Joseph and Nathan, the exceptional courage of the victim of this abhorrent crime and the professionalism of Met officers and staff, two very dangerous criminals are now serving long prison sentences.

“The victim in this horrifying and very unusual case has shown extraordinary courage and resilience. I know I speak for everyone involved when I say her dignity and character has inspired us all.” 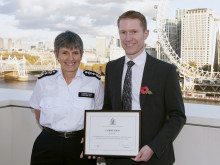 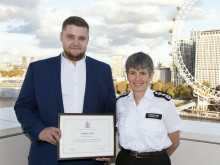 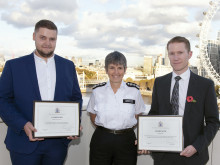