Two men and three teenagers have been convicted of the murder of 19-year-old man in Wood Green.

Two men were found guilty on Friday, 6 December of the murder of 19-year-old Kamali Gabbidon-Lynck and the attempted murder of a second man, aged 20:

Cookhorn was also found guilty of possession of a firearm with intent.

One of the 17-year-olds [E] was also found guilty of possession of a knife.

The jury heard the group had been calculated in their plan to cause serious injury on the night of 22 February. The night before the attack on Kamali and the other victim, the group had parked a car, a silver Peugeot 307 on the Broadwater Farm Estate, which would become their meeting point before and after the attack.

On the night of the murder, the group of seven males, including the five defendants and two unknown individuals set off on bicycles towards Wood Green at around 19:00hrs to search for suspected rival gang members who may also have been out that evening. Such was their violent intent, that between the five defendants they carried at least five knives (including a machete and a small sword), a handgun and a shotgun.

On approaching Lordship Lane near the Vue cinema complex, the group first sighted the victims who themselves were with two others. On seeing the victims, the defendants immediately dropped their bicycles and produced knives and the firearm. Cookhorn fired shots at the victims. These missed the target and one bullet was later recovered in a nearby shop. The bullet travelled through an open door of the store, narrowly missing customers and staff.

The victims’ group prepared for fight but changed their minds and decided to flee when Cookhorn fired his handgun.

The defendants began to chase after the victims brandishing their weapons in plain sight and with very little consideration for the members of the public who were out socially.

A short chase followed which saw the victims’ group divide into two pairs. Kamali and the other victim ran back towards their parked car, while the other two escaped unharmed.

After losing two of the victims, the defendants returned to their bicycles and went back after Kamali and the other victim, who had now run off in different directions.

The defendants’ group soon caught up with the 20-year-old victim and surrounded him. With the victim now encircled, the defendants viciously attacked him, stabbing him eight times and shooting him once in the buttock. However, their attack was interrupted when Kamali - who had managed to return to his parked car - drove towards the defendants in a failed attempt to frighten them off.

The defendants turned their attention to Kamali in his car and began to strike the vehicle’s windows and windscreen with their weapons. Kamali tried to escape by reversing his car away but unfortunately got himself stuck when he reversed into several parked cars on Vincent Road. He decided to leave his car and ran into a hairdresser’s shop that was just across the road hoping to barricade himself inside.

However, the defendants followed him inside and Kamali suffered fatal stab injuries.

The defendants then fled on their bikes back to their parked car at the Broadwater Farm Estate, where they changed their clothes and left the area.

Police were called to the scene at 20.09hrs. The London Ambulance Service’s paramedics immediately began to attend to both the victims and transported them to hospital.

Despite the efforts of doctors, Kamali was pronounced dead shortly after 03.00hrs on Saturday, 23 February.

Homicide detectives from the Met’s Specialist Crime North began their investigation which involved hundreds of hours of CCTV pieced together to understand the route taken by the defendants, and forensic analysis of multiple crime scenes across Wood Green.

The families were contacted and supported by specialist liaison officers, who regularly updated them throughout the investigation.

Graham was the first to be arrested by detectives on Sunday, 21 April and charged the next day with murder and attempted murder.

Homicide detectives then arrested two then 16-year-old boys [D and E] on Wednesday, 10 July before subsequently charging them the following day with murder and attempted murder.

Detective Chief Inspector Simon Stancombe, of Specialist Crime North, said: “So desperate were the defendants to continue their petty postcode rivalry, the gang launched their gun and knife attack outside a busy cinema and several restaurants packed with people and children enjoying their Friday night.

“Having chased down Kamali and his friend like a pack of animals they set about them with a ferocity I have rarely seen. Not content with the damage they had caused that night they then boasted about their murderous exploits in amateurish drill videos.

“In truth, there are no winners, no bragging rights or anything to be proud of. One man is dead, another has life changing injuries, a family is utterly bereft and five young men will spend the best days of their lives behind bars.

“If you are caught up in a gang, or you know someone who is, please take advantage of the support services and diversion schemes available to you - before it’s too late. Visit the charity website, Fearless.org. They are independent from police. They offer advice on where to get support, and will let you pass on information about crime 100 per cent anonymously.”

If you have information about someone you suspect to be carrying a weapon or involved in criminal activity and you do not want to speak to police, please contact the independent charity Crimestoppers on 0800 555 111 or by visiting their website

Both charities Crimestoppers and Fearless.org are 100 per cent anonymous. They never ask your name and cannot trace your call or IP address. The information you provide may save a life. Please help us tackle violence together. 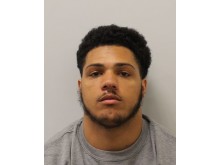 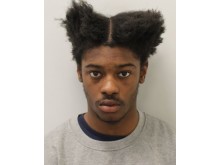 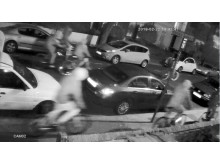 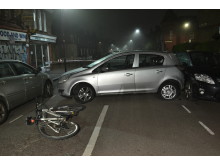 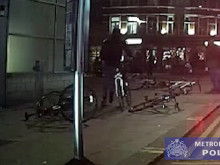