Two men have been jailed after a woman was threatened with an axe and robbed, with officers appealing to trace a third suspect.

Connor Murphy, 26 (31.01.94) of Salters Road, W10, was jailed for six years and nine months after pleading guilty to conspiracy to commit robbery.

Richard Walsh, 29 (28.12.90) of Ashburnham Road, Chelsea, SW10, was sentenced to four years and nine months’ imprisonment after pleading guilty to encouraging/assisting a robbery.

They were both sentenced at Isleworth Crown Court on Thursday, 21 May.

The robbery happened at around 09:30hrs on Wednesday, 13 November 2019 on a residential street in Chelsea.

The victim, a woman in her 50s, was threatened by two men on a moped. An axe was held against her neck during the incident, and she was put in a headlock and forced to the ground.

She did not suffer any serious physical injury.

They took her Rolex watch - a Rolex Daytona model - worth approximately £30,000, and fled the scene on a moped. The stolen watch has still not been recovered.

The investigation into the robbery was led by the Central West Command Unit Robbery team.

Walsh was arrested on the day of the robbery after attempting to move a car that officers knew was linked to the suspects, parked near to where the offence happened.

Detective Sergeant Chris Taylor, said: “This was a terrifying robbery which happened on what was a normal morning. We quickly identified those involved, and this has resulted in two convictions.

“However, there is one outstanding suspect and we are appealing for the public’s help to locate him.

“We would like to thank the victim for her cooperation during the investigation, and acknowledge her courage and bravery.”

+ The police would like to appeal to the public to help us locate Mark Toth, 35, who is sought by police in connection with this robbery. He has links to the Ladbroke Grove area, of Kensington and Chelsea.

He should not be approached. 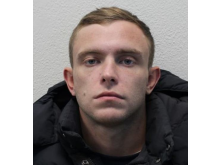 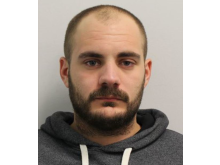 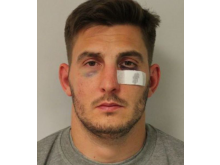