A man involved in an attempted robbery in Hampstead has been jailed for 10 years.

Ashley Smith, 30 (15.08.89) of Cardinals Way, N19, appeared at Snaresbrook Crown Court on Thursday, 3 October where he pleaded guilty to attempted robbery and possession of Class B drugs (cannabis).

He was sentenced at Harrow Crown Court on Friday, 8 November.

Northover is to be sentenced at a later date which has yet to be set.

Police were called to Platts Lane, NW3, shortly before 17:00hrs on Thursday, 25 July to reports of an attempted robbery involving two suspects on a motorbike.

CCTV showed the suspects pulling up behind the victim, who was talking to his friend in a car. One of the suspects pulled a sharp object from a rucksack and threatened the man, whilst demanding his watch.

The man stood his ground, and fought the suspects off before getting into his friend’s vehicle. The car made off, and they were followed for some distance by the suspects.

The victim of the attempted robbery, along with the male driver of the vehicle and a female passenger, got away unharmed and travelled to a restaurant in Golders Green, where they were spoken to by officers.

Detectives from the Met’s Operation Venice team led the investigation.

The main breakthrough in the case came when a member of the public called police to report a suspicious motorcycle which did not have number plates, parked in a cul-de-sac in Borehamwood.

The report was passed to the Met, who visited the area and discovered that the moped was the same one used in the robbery.

CCTV from a local pub was reviewed, and it showed Northover and Smith visiting the pub a short time after the offence, and Northover changing clothes.

The clothes worn by the suspects in the robbery, including a motorcycle helmet, were discovered on grassland at the rear of the pub, after police obtained and executed a search warrant.

Smith was arrested on Wednesday, 4 September and charged the following day.

Northover was charged by postal requisition on Tuesday, 17 September.

Chief Inspector Jim Corbett, of Operation Venice, said: “We are delighted to have secured such a significant sentence.

“Those involved in moped-enabled offending should look at this and decide if they too want to spend the best years of their life in prison, because that is the message that this sends out. Offenders feel that because they wear a helmet, or disguise the appearance of a moped or motorcycle that we will not identify who they are. But we can and we do, as evidenced in this case.

“I would like to thank the members of the public who came forward with vital information. It shows that one call can make all the difference, what ever the crime. Also my team, who have worked tirelessly to secure todays conviction." 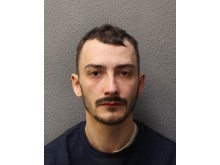 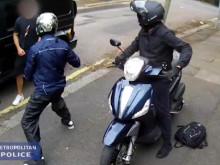 Two men have pleaded guilty to attempted robbery in Hampstead