Two men have been sentenced in relation to the fatal stabbing of a 20-year-old at a New Year’s Eve party in Islington.

Steve Narvaez-Jara was stabbed in the chest at a house party in Islington on New Year’s Day, 2018.

[A] Mohammed Musse, 21 (28.12.98) of Spotter House, Berger Road, Hackney – who was found guilty of violent disorder – was sentenced to two years, suspended for two years.

Musse was also ordered to complete 250 hours unpaid work, 22 days of programme requirement and 10 days of rehabilitation. He was sentenced at the Old Bailey on Monday, 18 May.

He was sentenced to ten years for manslaughter, and three years for violent disorder (to run concurrently). He was previously sentenced on Monday, 2, March at the same court.

Both men were convicted on Tuesday, 18 February, following a trial at the Old Bailey.

A third man, Daniel Lena, was found not guilty of murder and violent disorder.

Detective Chief Inspector Paul Considine, said: “This has been a long, gruelling process for Steve’s family and I hope that this will bring them just a little comfort. My officers have worked hard to make sure that those responsible were brought to justice but, of course, this will never take away the pain and loss that Steve’s death has caused.

“The Met is working around the clock to tackle violent crime but we cannot do this alone. We need the support of our communities to help us keep London’s streets safe. I urge anyone who may have information about those carrying weapons to tell us about it; we want to save the lives of young people.”

The court heard how on New Year’s Eve 2017, a 19-year old student held a party at her mother’s flat in Bartholomew Court on Old Street in Islington.

Worried about the possibility of gate crashers, a guest list was compiled and two door-staff employed, who were contracted to stay until 02:00hrs.

At 02:00hrs the door staff went home and it was a short while after this the violence erupted between guests.

Mohammed Musse was at the party and had been drinking and making a nuisance of himself with the female guests.

The boyfriend of one of the female guests confronted Musse. A fight broke out in the kitchen and a number of people became involved, during which Steve ‘Carlos’ Narvaez-Jara sustained his injuries.
Witnesses told police Musse had punched Steve, and Steve had punched him back.

Although Musse had started the trouble, there was no evidence he was involved in Steve’s murder as witnesses told police he had left the kitchen prior to the fatal attack on Steve. For this reason, he was only charged with violent disorder and not with murder.

The fight descended into a large brawl in which bottles were thrown and weapons were produced.

Steve had apparently slipped and fallen to the floor, where he was punched, struck with pieces of wood from a broken shoe rack, hit with a machete, and then stabbed twice in the chest and once in the arm.

Both the stab wounds to the chest entered Steve’s heart and he died at the scene a short time later.

At the time of his murder, Steve, who was from south London, had started studying Piloting and Engineering at Hertfordshire University.

A post-mortem examination was carried out at the Whittington Hospital on 3 January 2018.

The cause of death were two wounds to Steve’s chest that had penetrated his heart and left lung.

Witnesses told police that Boreland was involved in the attack on Steve along with a third man, 20-year-old [B], though no one could say which one actually delivered the fatal blow.

This other man had apparently left the flat when the trouble first erupted and returned with a machete, which he used to hit Steve with as the lay on the floor.

However, the fatal wound was not delivered with the machete, but with a knife, most probably a household knife that had been in the kitchen.

The only motive for the attack appears to be that all three were friends of Musse and were getting involved on his behalf.

Police were called by the London Ambulance Service at 02:35hrs.

The 20-year-old man [B] who was suspected to be involved in that attack on Steve was also found with stab injuries and taken to hospital where he subsequently recovered. He was later arrested upon discharge from hospital. However, this man was stabbed to death in Hackney on April 2018, in an entirely unrelated incident.

Musse was arrested in the evening of 1 January 2018, while Boreland and Lena were arrested at their home addresses on 4 January 2018.

All admitted being at the party but denied stabbing Steve. All three were bailed before being released under investigation in November 2018.

Numerous witnesses were interviewed and as a result of their evidence all three were charged on 6 July 2019.

For those who don’t want to speak to the police, contact Crimestoppers on 0800 555 111. They are a totally independent charity and you remain 100 per cent anonymous. 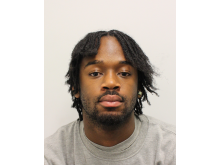 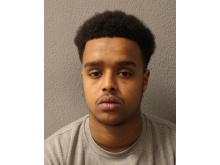