Detectives investigating the murder of a man gunned down in a drive-by shooting are urging anyone with information to come forward on what is the first anniversary of his death – a £10,000 reward is being offered for information leading to the conviction of his killers.

Wilson Alexandre Garcia Varela, 24, was killed in what police believe was a case of mistaken identity.

Shortly before midnight on Sunday, 8 September, police were called by London Ambulance Service (LAS) to reports of a shooting on Malden Road in Kentish Town, NW5.

Wilson, who was from Forest Gate in east London, was found suffering a gunshot wound and was pronounced dead at the scene at 00:10hrs on Monday, 9 September.

His next of kin were notified and Wilson was formally identified.

A year on, detectives are still trying to catch those responsible.

“This was a senseless killing, and one which has shattered the lives of Wilson’s family and partner. A year on, they are still searching for answers. The pain is still there.

“We know a shotgun was used. We know the offenders made off on a moped. We have tracked them on CCTV from the murder scene straight to the Surr Street area of Holloway. Were you there? Did you hear or see anything suspicious? Did you see a moped matching the description making off? Did you see the moped and riders waiting in Marsden Street by Malden Road? We know there are people out there who know who did this.

“We want to hear from anyone who might know anything – no detail is too small. It is not too late to do the right thing.

“Wilson was a young man with a bright future ahead, but it was brutally snatched from him. Why would anyone protect someone capable of such cruelty? There are people out there who either know why this happened or who was responsible but have, so far, chosen not to come forward. I would urge those people to come forward now. Help us get a killer off the streets. If you know anything, do the right thing and call us before they harm someone else.

“Help us get justice for Wilson and his family.”

The independent charity Crimestoppers is offering a reward of up to £10,000 for information that they receive that leads to the arrest of the person or people responsible for Wilson's murder.

“It’s been one year since Wilson was murdered and we are appealing to anyone who has any information about what happened that night to come forward and help with this investigation.

"You may have a sense of loyalty but want to do the right thing. This is your chance to put things right, to speak up 100% anonymously and help Wilson’s family, who are devastated, to get the justice they so deserve.

"Please remember that Crimestoppers, as an independent charity, keeps its promise of 100% anonymity each and every day to those who trust us with their information about crime. Share what you know by calling our UK Contact Centre on 0800 555 111 or using our website’s anonymous online form. No one will ever know your identity. We cannot trace your call or track your IP address and we never ask for or record any personal information.

"If you’re a young person, you can also report anonymously via Crimestoppers’ dedicated youth service by visiting Fearless.org.”

+ Two men - aged 22 and 21 - were arrested in October 2019 on suspicion of murder. They were released and remain under investigation. 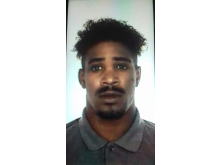